Patrick Brown has been re-elected mayor of Brampton after a contentious campaign and a somewhat chaotic first term in office fraught with council division.

CTV News Toronto declared Brown the winner shortly after the polls closed Monday night. This will be his second term in office.

The 44-year old-was largely considered as the frontrunner for mayor, despite months of infighting with councillors and multiple allegations of wrongdoing by his opponents.

Brown first ventured into public service in 2000 as a councillor in Barrie, Ont., serving two terms before jumping into federal politics. He served as leader of the Ontario’s Progressive Conservative Party between 2015 and 2018 before putting his hat in the ring for mayor of Brampton.

At the time, Brown pledged to focus on building a safer community and to establish infrastructure that would allow residents to both work and live in the City of Brampton.

“The days of sky-rocketing taxes and red tape are gone in Brampton.”

In March, Brown entered the Conservative Party leadership race but was disqualified after an allegation surfaced that his campaign used at least one volunteer who was apparently paid by another company to work for him.

Brown has repeatedly denied the allegations. 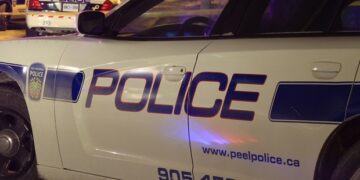 Peel police are searching for two male suspects after one person was shot with a BB gun in Mississauga on...

Milo Ventimiglia On Moving Past ‘This Is Us’: ‘Couldn’t Put On A Character Anymore’