After four very eventful years, residents in every town and city in Ontario will get to decide who will run their municipality by electing their next mayor, councilmembers and school board trustees.

Today (Oct. 24), polls in Mississauga, Brampton, Hamilton, Halton, Durham and Niagara Region and other major cities opened at 10 a.m. and will remain open until 8 p.m., with some variation across municipalities. Residents in many communities have also had the opportunity to cast their votes for their preferred candidates in advance.

Here’s where you can see the results come in as your city or town elects its next representatives: 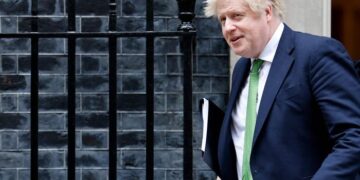 ““Boris, I don’t want to hurt you, but with a missile it would only take a minute.””— Boris JohnsonThat’s former...

Enbridge working on repairs to gas line punctured in Ajax