Voters have made their decisions. Here are the election results for the larger municipalities in Niagara Region: St. Catharines, Niagara Falls and Niagara-on-the-Lake and the candidates who are running in the election.

The three regional council members elected to serve the City for the next four years are Kim Craitor (20.51 per cent of the vote), Joyce Morocco (17.79 per cent) and incumbent Bob Gale (14.35 per cent).

Andrea Kaiser has been elected regional councillor with 44.03 per cent of the vote.

Voters also selected trustees for the Niagara Catholic District School Board and the winners include Natalia Benoit (38.90 per cent) and Larry Huibers (34.46 per cent).

Melinda Chartrand is acclaimed for the French Language Catholic School Board.

There is no candidate for the French Language Public School Board seat in the combined area of Fort Erie, Niagara Falls, Niagara on the Lake, Pelham, Port Colborne, St. Catharines, Thorold, Wainfleet, and Welland. After the election, a trustee will be chosed by the Welland clerk in cooperation with the School Board.

Welland elects one mayor, two regional councillors and has six wards with two elected councillors each.

Frank Campion has been elected to serve Welland for a third term, edging out challenger Jeffery David Walters with close to 6,500 votes as of 10:27 pm.

In Ward 1, incumbents Mary Ann Grimaldi and Adam Moote have retained their seats.

In Ward 2, Leo Van Vliet and David McLeod have also been reelected.

In Ward 3, John Chiocchio has retained his seat, while fellow incumbent John Mastroianni appears to have lost to Sharmila Setaram.

In Ward 4, incumbents Bryan Green and Tony Dimarco have been reelected.

In Ward 5, Graham Speck and Claudette Richard have retained their seats.

In Ward 6, Bonnie Fokkens appears to have retained her seat, while fellow incumbent Jim Larouche trails Jamie Lee by one vote.

The City of St. Catharines elects one mayor, six regional councillors and has six wards with two councillors each.

Niagara Regional Councillor Mat Siscoe is the new mayor of St. Catharines, netting close to 69 per cent of the vote as of 10:46 pm. He beat out challenger and fellow regional councillor Mike Britton (25.18 per cent) and political newcomer Nick Petrucci (6.07 per cent).

In Ward 6 (Port Dalhousie), incumbents Carlos Garcia (38.03 per cent) and Bruce Williamson (37.97 per cent) have retained their seats.

Residents have elected four trustees for the District School Board of Niagara, including Lora Campbell, Kate Baggott, Jonathan Fast and Alex Bradnam. Rhianon Burkholder has been elected trustee for the Niagara Catholic District School Board in Ward 1 and Natalia Benoir and Larry Huibers have been elected trustees for the same board in Wards 2 to 6.

Jo-Anne Thibodeau is acclaimed for the French Language Catholic School Board and there is no candidate for the French Language Public School Board seat in the combined area of Fort Erie, Niagara Falls, Niagara on the Lake, Pelham, Port Colborne, St. Catharines, Thorold, Wainfleet, and Welland. After the election, a trustee will be chosen by the Welland clerk in cooperation with the school board. 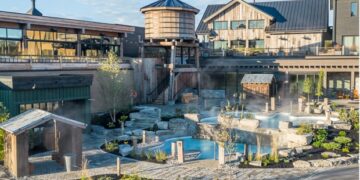 While the new Whitby, Ont. spa’s pools are closed until at least next Friday, the spa says it looks forward...

Vitamin D and Statins: Supplements May Not Help Ease Muscle Pain, Side Effects