Gordon Krantz, 85, has been the mayor of Milton since 1980 and was first elected to council in 1965. Krantz has been re-elected for 21 terms; eight as councillor and 13 as mayor, officially surpassing now-retired Hazel McCallion, who served as Mississauga’s mayor for 36 years. He has been elected to another term.

Joining Krantz on council will be two newcomers.

Milton has four representatives on Halton Regional Council. But Milton’s regional council representatives may not look much different after the election. The incumbents for Wards 1 and 2 don’t have any contenders. Ward 3 may have a new councillor; and only Ward 4 will have a fresh face as incumbent Zeeshan Hamid is vying for mayor.

The town council race looks a bit more exciting with many candidates on the ballot. Wards 1 and 2 both have challengers for the incumbents. Ward 3 councillor Rick Di Lorenzo is trying for a seat on regional council and there are five people hoping to take his place. Ward 4 incumbent Sameera Ali is also hoping for a regional council seat, and there are 10 people vying to take her spot. 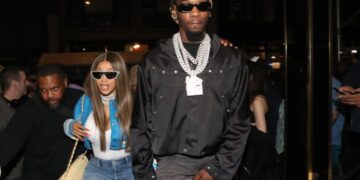 Cardi B and Offset have been through their fair share of ups and downs! In a clip from the premiere episode of...