John Henry easily fended off challenges from three rivals to retain the Region of Durham Chair position for the second time.

Henry polled 64.4 per cent of the votes to win in a landslide with 11,869 votes. Laurie Blaind Mackie finished a distant second with 2,938 votes, followed by Peter Neal with 2,725 and Kurdil-Telt Patch with 901 votes.

Henry served as Oshawa Mayor from 2010 until his election to the Regional Chair position four years ago.

The position was by appointment by members of Regional Council until 2014 when Roger Anderson was elected to the job. Anderson served until his death in the spring of 2018. Uxbridge Mayor Gerri-Lynne O’Connor was then appointed to fill the gap until the fall of 2018 when Henry was elected. 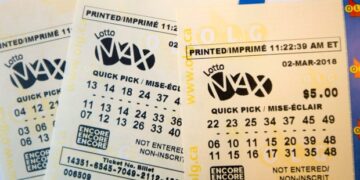 There was no winning ticket sold in Friday's Lotto Max $40 million draw. The jackpot for the next draw on...