Even before Lai’s passing, Myers hoped to challenge the incumbent after garnering support from many Scarborough residents and endorsements from current and former politicians, including Ward 12 councillor Josh Matlow and former member of parliament Rathika Sitsabaiesan.

“I’m saddened by the passing of my dear friend and ‘big sister’ Cynthia Lai. She was a trailblazer for minority rights and a strong champion for Scarborough North,” said Wong-Tam. “In her absence, I believe that Jamaal Myers, a long-time advocate and businessperson in the area will rise up to the challenge and continue to serve the diverse residents of Ward 23 with the same passion and commitment. Jamaal has my full support now and I’m proud to endorse him.”

Myers, 39, becomes one of the youngest members of council and is a lawyer who holds degrees from the University of Western Ontario, the London School of Economics and New York University School of Law.

He describes himself as a community organizer and advocate who is focused on investing in local people and businesses.

“After law school, I practiced corporate law in New York City for over four years. But I never forgot my roots. I always wanted to create opportunities in Scarborough like the ones I had, so I came home,” says Myers on his website. “For over a year, I volunteered as a grassroots community organizer in Scarborough. I worked with residents and community groups to address local challenges such as access to health care, transit, affordable housing and good jobs.”

Myers says that as a community advocate, he’s “delivered measurable results that have enhanced the quality of life in Ward 23,” including helping to lead the coalition that secured funding for the Eglinton East LRT and helping to get affordable homes built quickly in Scarborough as a volunteer with HousingNowTO. 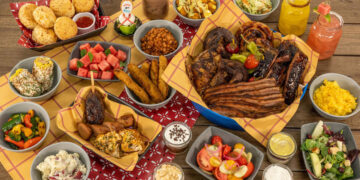 Roundup Rodeo BBQ will open in Toy Story Land at Disney's Hollywood Studios on March 23. Disney is calling the Toy...

Boy, 5, in hospital after being struck by car in Courtenay, B.C.