Newly re-elected Oakville Mayor Rob Burton is set to get back to work.

The day after edging out challenger Julia Hannah in Monday’s municipal elections, Burton released a statement thanking those who supported him in winning a fifth term at the helm of Oakville council.

“Thanks, everyone, for the out-pouring of support during this campaign,” said Burton, who has been mayor since 2006. “Thank you to everyone who put their name on the ballot and their campaign teams and volunteers.

“We are proud to have run a campaign that put Livable Oakville front and centre, and I look forward to the upcoming term of council and to keep making Oakville ever more livable.”

Burton held off Hannah in a tight race, finishing just 886 votes ahead according to the unofficial results.

The long-time Oakville mayor collected 19,949 votes, good enough for 49.24 per cent of the ballots cast.

Sheridan College student Jack Kukolic was a distant third in the voting, finishing with 1,498 votes for 3.70 per cent of the ballots cast.

There was a low turnout for this year’s election, with only 28.30 per cent of Oakville residents voting. In all, 41,021 ballots were cast. 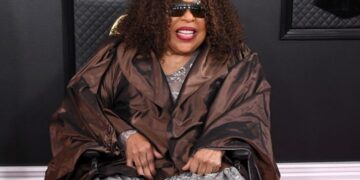 Roberta Flack Is Unable To Continue Singing Due To ALS Diagnosis

Roberta Flack has been battling ALS.On Monday, the 85-year-old singer’s rep announced that Flack will no longer be performing her...