A man from Ajax and a teenage boy face more than 20 combined charges following a violent daytime armed robbery in Toronto.

Toronto Police Service got a call on October 23 to report an armed man near Richmond St. and Sherbourne St in Old Town. A woman was sitting in her car in the area when she was approached by two men.

One of the men aimed a pistol at the woman and demanded her keys. The man opened the door, grabbed the woman and pulled her from the car. He then pistol-whipped her over the head.

The victim was able to break the man’s hold on her and fled the scene. The pair snatched the woman’s purse from the car and ran from the area on foot.

Officers with 51 Division responded to the scene shortly thereafter and found a man and a teenage boy they believed to be suspects. The officers arrested the pair and say they recovered a loaded pistol and the woman’s purse.

Dexter Peters, 25 of Ajax, is charged with;

Meanwhile a 17-year-old from Toronto is charged with;

The teenager cannot be identified due to the Youth Criminal Justice Act which protects young suspects. Both suspects appeared in court on October 24. 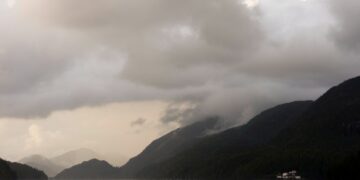 If the rugged beauty of the remote B.C. coast is calling you, a unique recent job posting may be your...