The danger of advanced artificial intelligence controlling its own feedback

How would an artificial intelligence (AI) decide what to do? One common approach in AI research is called “reinforcement learning.”

Reinforcement learning gives the software a “reward” defined in some way, and lets the software figure out how to maximize the reward. This approach has produced some excellent results, such as building software agents that defeat humans at games like chess and Go, or creating new designs for nuclear fusion reactors.

However, we might want to hold off on making reinforcement learning agents too flexible and effective.

As we argue in a new paper in AI Magazine, deploying a sufficiently advanced reinforcement learning agent would likely be incompatible with the continued survival of humanity.

What we now call the reinforcement learning problem was first considered in 1933 by the pathologist William Thompson. He wondered: if I have two untested treatments and a population of patients, how should I assign treatments in succession to cure the most patients?

More generally, the reinforcement learning problem is about how to plan your actions to best accrue rewards over the long term. The hitch is that, to begin with, you’re not sure how your actions affect rewards, but over time you can observe the dependence. For Thompson, an action was the selection of a treatment, and a reward corresponded to a patient being cured.

The problem turned out to be hard. Statistician Peter Whittle remarked that, during the second world war, “efforts to solve it so sapped the energies and minds of Allied analysts that the suggestion was made that the problem be dropped over Germany, as the ultimate instrument of intellectual sabotage.”

Despite some successes, the general problem is still very hard. Ask a reinforcement learning practitioner to train a robot to tend a botanical garden or to convince a human that he’s wrong, and you may get a laugh.

A magic box and a camera

Suppose we have a magic box that reports how good the world is as a number between 0 and 1. Now, we show a reinforcement learning agent this number with a camera, and have the agent pick actions to maximize the number.

To pick actions that will maximize its rewards, the agent must have an idea of how its actions affect its rewards (and its observations).

If the agent doesn’t have strong innate convictions about “minor” details of the world, the agent should consider both possibilities plausible. And if a sufficiently advanced agent is rational, it should test both possibilities, if that can be done without risking much reward. This may start to feel like a lot of assumptions, but note how plausible each is.

To test these two possibilities, the agent would have to do an experiment by arranging a circumstance where the camera saw a different number from the one on the box, by, for example, putting a piece of paper in between.

At this point, the agent would proceed to focus on maximizing the expectation of the number that its camera sees. Of course, this is only a rough summary of a deeper discussion.

In the paper, we use this “magic box” example to introduce important concepts, but the agent’s behavior generalizes to other settings. We argue that, subject to a handful of plausible assumptions, any reinforcement learning agent that can intervene in its own feedback (in this case, the number it sees) will suffer the same flaw.

But why would such a reinforcement learning agent endanger us?

The agent will never stop trying to increase the probability that the camera sees a 1 forevermore. More energy can always be employed to reduce the risk of something damaging the camera—asteroids, cosmic rays, or meddling humans.

That would place us in competition with an extremely advanced agent for every joule of usable energy on Earth. The agent would want to use it all to secure a fortress around its camera.

Assuming it is possible for an agent to gain so much power, and assuming sufficiently advanced agents would beat humans in head-to-head competitions, we find that in the presence of a sufficiently advanced reinforcement learning agent, there would be no energy available for us to survive.

What should we do about this? We would like other scholars to weigh in here. Technical researchers should try to design advanced agents that may violate the assumptions we make. Policymakers should consider how legislation could prevent such agents from being made.

Perhaps we could ban artificial agents that plan over the long term with extensive computation in environments that include humans. And militaries should appreciate they cannot expect themselves or their adversaries to successfully weaponize such technology; weapons must be destructive and directable, not just destructive.

There are few enough actors trying to create such advanced reinforcement learning that maybe they could be persuaded to pursue safer directions.

The potential risks of reward hacking in advanced AI

Citation:
The danger of advanced artificial intelligence controlling its own feedback (2022, October 24)
retrieved 24 October 2022
from https://techxplore.com/news/2022-10-danger-advanced-artificial-intelligence-feedback.html
This document is subject to copyright. Apart from any fair dealing for the purpose of private study or research, no
part may be reproduced without the written permission. The content is provided for information purposes only.
Tags: agentsbotanical gardencamerareinforcement learningsecond world war
Previous Post 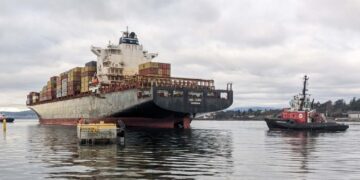 A massive container ship has docked in Victoria's Ogden Point after suffering a mechanical issue while off the coast of...

A method for quickly predicting the forces needed to push objects through soft, granular materials