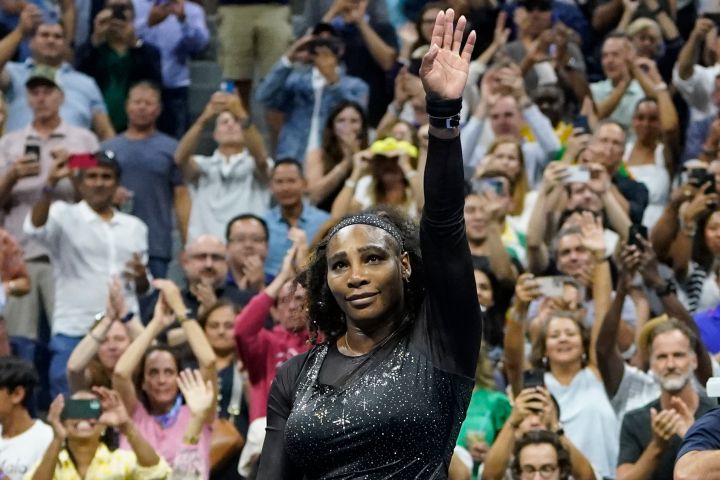 Although the superstar took her final bow during her last match at the U.S. Open, it appears Williams is itching to get back on the court.

“I’m not retired,” she said during a recent interview at TechCrunch Disrupt in San Francisco.

The 23-time Grand Slam winner even said there’s a good chance fans will see her play again before following up with a joke.

“The chances are very high,” Williams shared during the conference. “You can come to my house, I got a court. I got you.”


In August, Williams said she was “evolving away” from the professional sport after 27 years, announcing that her final match would take place at the U.S. Open. Since then, the athlete has found it difficult to adjust to her new life.

“I did wake up the other day and I went on the court and I was like, ‘Oh, for the first time in my life, I’m not playing for a competition and it felt really weird,’” Williams said.

READ MORE:
Eva Longoria Praises Serena Williams For Her Comments About Quitting Tennis To Focus On Expanding Her Family


“It was like the first day of the rest of my life, and so far, I am enjoying it. But, I’m still trying to find that balance,” she added.

Williams previously hinted at a return in September when she mentioned Tom Brady’s name, saying that he “started a really cool trend.”

Leslie Jordan Remembered: The Best Of The Actor’s Hilarious Yet Relatable Online Videos

Leslie Jordan Remembered: The Best Of The Actor’s Hilarious Yet Relatable Online Videos

Biden to deliver State of the Union address on Feb. 7

House Speaker Kevin McCarthy on Friday invited President Joe Biden to give the State of the Union address on Feb....