by author
in Automotive, Engineering
Reading Time: 5 mins read
0 0
A A
0

Sometimes, solutions to environmental problems can have environmentally unfriendly side effects. For example, while most gas-powered cars have a catalytic converter that transforms engine emission pollutants into less harmful gases, this comes with a tradeoff: Catalytic converters contain precious metals such as platinum and palladium.

The good thing about these precious metals is that they act as catalysts that help break down pollutants, with a suite of properties that make them the best elemental candidates for this chemical job. But they are also rare, which makes them expensive, and extracting them from the earth produces its own pollution.

However, in a paper published October 24 in Nature Materials, researchers at the SUNCAT Center for Interface Science and Catalysis and the Precourt Institute for Energy at Stanford University and the Department of Energy’s SLAC National Accelerator Laboratory reported a way of encapsulating catalysts that could reduce the amount of precious metals catalytic converters need to work, which could in turn reduce the practice of precious metal mining.

“I think the material we made could knock down the amount of precious metals used in a catalytic converter by 50 precent, which would mean a lot once you multiply that by the nearly 1.5 billion cars we now have in circulation on the planet,” said Matteo Cargnello, the new study’s senior author and an assistant professor of chemical engineering at Stanford University.

The inside of a catalytic converter is hot, steamy, and filled with oxygen. This might sound nice, but it’s actually a harsh environment that deactivates precious metal catalysts.

As soon as someone drives a car, the nanoparticles of catalyst present in the catalytic converter are exposed to high temperatures that cause them to coalesce and form larger particles. This process is known as sintering, and these bigger, sintered chunks of catalyst mean less overall active surface area for the catalysts to do their job: the larger the particles, the lower the catalytic efficiency.

Car manufacturers must use a certain amount of catalyst to keep a catalytic converter at the required level of efficiency. But if a catalyst were to be resistant to sintering and deactivation, car manufacturers could use less precious metal.

Aisulu Aitbekova and Cargnello, who was Aitbekova’s advisor while she was earning her Ph.D. at Stanford, came up with an idea for a catalyst system that can do just that. They built a nanoscale alumina framework to encase catalyst nanoparticles—in this case, the precious metal platinum.

The team produced this cage with nanocasting: They first sandwiched platinum nanoparticles between porous layers of polymer, then filled the pores with alumina. After burning away the polymer mold with heat, they were left with a web-like cage of alumina surrounding the nanoparticles.

Alumina is a ceramic, like a coffee mug, so it’s rigid enough to keep the nanoparticles in place. But it’s also porous, so there are openings in the framework where the surface of the nanoparticles can carry out reactions.

Once the samples were assembled, the team had to test them.

“We tested our materials in an environment that mimics the environment inside catalytic converters—the harsh conditions of high temperature, oxygen, and steam—and our materials showed high performance,” said Aitbekova, the first author on the new paper and currently a Kavli Nanoscience Institute postdoctoral fellow at the California Institute of Technology.

The team used X-rays produced by the Stanford Synchrotron Radiation Lightsource (SSRL) at SLAC to conduct X-ray absorption spectroscopy on their samples, which revealed the size of the platinum nanoparticles. These sensitive X-rays were able to examine the small amounts of platinum. SSRL also allowed the team to study the sorts of tumultuous reactions that take place in a catalytic converter.

“SSRL is one of the few synchrotrons in the US where we can readily and safely do experiments like this, which involve flowing flammable, toxic gases onto our sample and interrogating its structure while it’s carrying out a chemical reaction,” Cargnello said. “The depth of experience there for such studies ensured our success, and additionally we took advantage of the strong connection between Simon Bare’s group at SSRL and my group at Stanford.”

The X-rays showed the researchers that, unlike conventional precious metal catalysts, the caged platinum catalysts do not sinter or deactivate, even at 800 degrees Celsius in the presence of oxygen and steam, conditions akin to those in catalytic converters. While these protected nanoparticles maintained their initial size of about 3.8 nanometers, their uncaged platinum counterparts sintered into particles larger than 100 nanometers.

“This was the first time someone’s observed stable platinum nanoparticles under such harsh conditions,” said Bare, a distinguished scientist at SLAC who helped the team study the catalysts at SSRL.

Catalysts in catalytic converters typically experience such high temperatures for only a few seconds, but repeatedly over their lifetimes. The catalyst samples in this study were exposed to high temperatures for hours at a time. The caged platinum catalyst remained stable for 50 hours in 800 degrees Celsius, but the team’s best performing catalyst was actually a mixture of two precious metals: platinum and palladium. This combo catalyst was able to maintain nanoparticle size at 1,100 degrees Celsius for five hours, suggesting palladium further improves the stability of the encapsulated system.

Fifteen authors contributed to this work, including researchers from DOE’s Lawrence Berkeley National Laboratory, the Karlsruhe Institute of Technology in Germany, and the Center for Interface Science and Catalysis at SUNCAT, a partnership between Stanford and SLAC tackling sustainable catalyst design.

“This work has been a joint effort that would not have been possible without the contribution from many people,” Aitbekova said.

The team now plans to improve their catalyst system as well as understand why these materials remain stable in such harsh conditions. The data suggests that the alumina cage reduces the occurrence of processes that deactivate platinum and palladium, but a better understanding of this mechanism could help translate it to other catalysts.

“When Aisulu was collecting the first data and sharing it with us, it was truly exciting,” Bare said. “Now we want to interpret this at a deeper level and apply it to a broader range of materials than just this one catalyst system.”

One of the crowd or one of a kind? New artificial intelligence research indicates we’re a bit of both

Six parts of your car that gather data on you 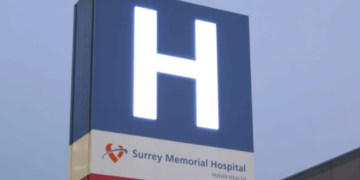 Thousands of health-care support workers in British Columbia have a tentative contract agreement after a year of talks. The BC...

No ‘respite’ for exploits, flash loans or exit scams in 2023: Cybersecurity firm