Dozens of people gathered Sunday afternoon near Parkside Drive and Spring Street for a memorial honouring a Toronto couple killed by an alleged speeding driver just over a year ago.

Long-time Little Portugal residents Fatima and Valdemar Avila died near that intersection after their Toyota Matrix was involved in a five-vehicle collision on Oct. 12, 2022. The Avilas, who had been married for 40 years, were on their way to pick up a prescription when the crash happened around 4:30 p.m.

Another male driver was also seriously injured in collision.

Days later, a 38-year-old Burlington man was charged with two counts of criminal negligence causing death. The charges have not been proven in court.

Aside from remembering the Avilas, today’s gathering also aimed to renew the community’s ongoing calls for safer streets.

Faraz Gholizadeh, who has lived on Parkside from almost nine years and co-chairs the local safe streets group, told CP24.com that he has witnessed several serious crashes on his street over the years.

Gholizadeh said he and several of his neighbours tried to contact their local councillor, the mayor, and the city’s transportation department numerous times to voice their concerns about the busy thoroughfare.

“I told them it was going to end badly. … There was a clear pattern,” he said. “They all waited until someone died until they reacted.”

Following the collision that killed the Avilas, the City of Toronto installed one of its 50 photo radar cameras along that stretch of Parkside. The speed limit was also lowered along that stretch from 50 km/h to 40 km/h and enforcement was stepped up.

Just last week a new stop light was erected at the corner of Parkside Drive and Geoffrey Street. Another one should be going in just down the street in the near future.

Gholizadeh said those short-term measures clearly aren’t enough as thousands of people continue to drive above the limit on Parkside. According to data collected by the city, the speed camera ticketed more 13,000 speeding drivers in the last five months.

“The only way to change the behaviour is to change the design of the street. We want to see physical infrastructure changes,” he said.

Parkdale High-Park Coun. Gord Perks said several steps have and will be taken to make Parkside Drive safer, including a redesign of the street.

“Every traffic death in the city of Toronto can and should be prevented. … I appreciate that people are angry and I’m angry too.” 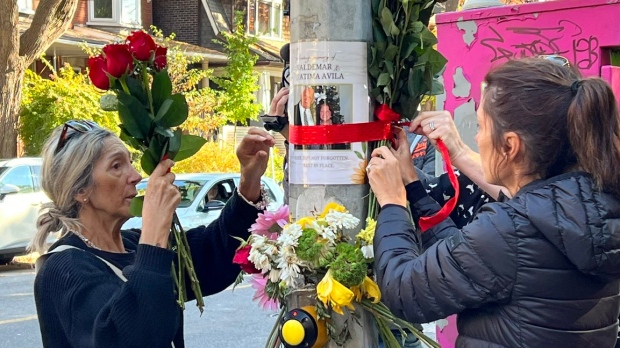 Ashley Avila, whose parents died in the crash, told CP24 this afternoon that “something really needs to be done about Parkside Drive.”

She said since the collision that killed her mom and dad, the busy street has seen several more serious crashes.

“My parents were very generous people and I know in their honour I want justice for them. Justice would mean bringing safer streets and holding the city to account to make sure that those safer streets happen,” she said.

Credit: Pixabay/CC0 Public Domain In the future, the energy needed to run the powerful computers on board a global fleet...

With eating disorders on the rise in Canada, experts break down common myths