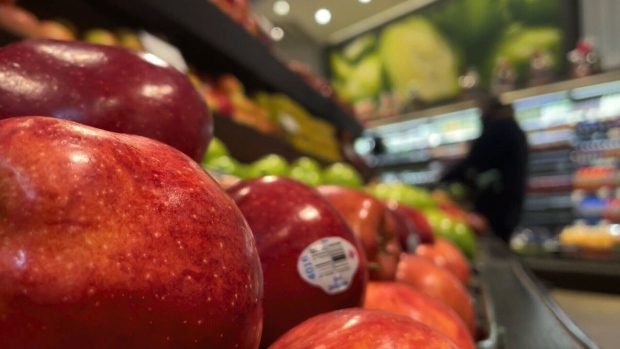 OTTAWA – Canada’s competition watchdog is launching a study to examine whether the highly concentrated grocery sector is contributing to rising food costs.

“With inflation on the rise, Canadian consumers have seen their purchasing power decline,” the Competition Bureau said in a news release Monday.

“This is especially true when buying groceries. In fact, grocery prices in Canada are increasing at the fastest rate seen in 40 years.”

Food retail prices in September rose at the fastest pace since 1981, with prices up 11.4 per cent compared with a year ago. That compared with an overall inflation rate of 6.9 per cent.

Although the inflation rate has dropped from its peak of 8.1 per cent in June, food prices are outstripping the overall consumer price index and continue to rise.

“It used to be that food price increases took a back seat to things like gasoline. Now food prices in grocery stores are becoming one of the key drivers of inflation,” said David Macdonald, senior economist with the Canadian Centre for Policy Alternatives.

Canada’s grocers have suggested in the past that consolidation in the country’s food retail industry can increase efficiencies and provide consumers with more value.

Many grocery chains and food and beverage companies posted record profits during the pandemic and continue to post higher earnings, he said.

“It’s true that input costs are rising for these companies,” Macdonald said. “But so are their profits.”

The Competition Bureau said Monday its study will examine to what extent higher grocery prices are related to changing competitive dynamics in the sector.

It expects to explore how the government could act to combat grocery price increases by way of greater competition in the industry.

It noted that the grocery sector is concentrated, with many Canadians buying from one of three companies: Loblaw, Metro and Sobeys’ parent company Empire Co. Ltd.

The lack of competition in the food retail industry has made it more difficult for smaller, independent grocers, said Gary Sands, senior vice-president of public policy with the Canadian Federation of Independent Grocers.

“The leverage that chains can exert in the marketplace can put the independents at a disadvantage,” he said. “When there were shortages during the pandemic, for example, there were cases where the chains were getting supplied with product and â€¦ we had empty shelves.”

Sands questioned how much can be changed retroactively.

“The horse is not just out of the barn, it’s galloped off into another field,” he said.

The study will better position the Competition Bureau to evaluate future proposed mergers and acquisitions, but it’s unlikely to force any changes on the grocery industry now, said Sylvain Charlebois, a professor of food distribution and policy at Dalhousie University.

“The study is important and it marks a change of tone and style that is needed at the Bureau,” he said. “But I don’t expect it to change the industry. Will they ask Loblaw to get rid of Provigo or Sobeys to get rid of Safeway?”

Charlebois added: “This is the structure we have. What’s important is for the Bureau to better understand the implications of decisions that are made in the future.”

Still, the mere threat of being investigated and seeing consumers switch to big-box competitors like Walmart or Costco could prompt grocers to act, observers say.

“The threat of enforcement is often as effective as enforcement,” Macdonald said. “They’re feeling the heat. There’s been a lot of public pressure and we’ve already seen some grocers announce they’re freezing prices of house brands.”

The Competition Bureau will provide a set of recommendations for the government in its final report, which it plans to publish in June.

The House of Commons also voted unanimously in favour of an NDP motion calling on the government to tackle “corporate greed” in the grocery sector.

A suspect has been charged with first-degree murder following a shooting in a Scarborough underground parking garage. Police were called...

Bitcoin just recovered from FTX’s implosion. Could a Genesis bankruptcy push it to new low?