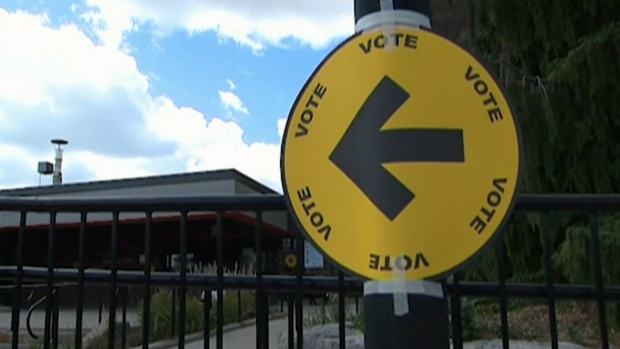 The City of Brampton says it is making it easier for voters who observe Diwali and Bandi Chhor Divas to cast their ballot.

In a statement issued late Sunday night, the city said it would be allowing its voting-age residents to vote at any voting location within their ward in an effort to offer a “seamless and accessible experience” for those celebrating the Hindu, Buddist, Jain, and Sikh holidays.

The city said it is offering this option so electors can “fulfill their civic duty quickly and easily, and get back to this special day of celebrations.”

“We recognize that celebrating with loved ones on Diwali and Bandi Chhor Divas is important for many voters in Brampton,” they said.

“We thank and acknowledge our community who is committed to doing their part tomorrow on Voting Day, and to those who participated already during Advance Voting.”

On Sunday morning, Brampton’s Interim Chief Administrative Officer and City Clerk sent out an internal email calling on city staff to be available to assist with running the municipal election due to a number of election staff resignations and training no-shows.

While it remains unclear exactly why so many election staff in Brampton quit or didn’t show up for training, Brampton said it needed at least 150 people to work on election day and be available “in various capacities from 8 a.m. to 10 p.m.”

Staff in non-critical roles were informed in the email they may also be asked to help with election delivery.

In a follow-up statement issued Sunday afternoon, the city said it is ready for election day.

“There has been an overwhelmingly positive response, and the city is well prepared to deliver tomorrow’s election,” they said, underlining that all voting locations have adequate staff who have been trained.

Brampton mayoral candidate Nikki Kaur expressed concerns with the situation, and said her campaign would have a team of lawyers monitoring today’s election.

“The clerk’s office should have sent sufficient notice of the situation with Election Day staffing to all campaigns in a timely manner, not less than 24 hours until the vote begins,” she said in a statement to CP24.

“The city should have anticipated Diwali on Monday, and better prepared for (today’s) election.”

Speaking with CP24 Monday morning, John Beebe, founder of the Democratic Engagement Exchange at Toronto Metropolitan University, said election staffing issues have been a “huge problem” during a number of recent elections.

Equating the situation to a “bit of erosion of our democracy,” Beebe said having Election Day coincide with Diwali (and Bandi Chhor Divas) is a “problem for too many of our community members who are out celebrating with their families.”

“They shouldn’t have to make this choice,” he said.

“This is something we absolutely have to address going forward to make sure we’re sensitive, to make sure everyone has a chance to participate fairly.”

Local businessman Syed Alan, the president and CEO of Cocktail International Group Inc., said Diwali is the “biggest celebration for Brampton, especially for the Mississauga area.”

“This is a cultural event. Just like Christmas, people are away from their home. They’re visiting their families,” he said, pointing to some of the logistical challenges many voters may face in casting their ballot.

“It’s not like the federal election where you can vote anywhere. … You have to go in your own area. This timing may impact the overall, you can say, turnout, especially jurisdictions in Brampton.”

With files from Katherine DeClerq.

The House of Commons committee that handles transportation issues is meeting on Monday afternoon, to discuss an opposition-backed request for...