The Heiltsuk First Nation says the decision of two Vancouver police officers not to attend an apology ceremony represents a failure of the department as a whole to take accountability for systemic racism.

Monday’s ceremony in Bella Bella was meant to be one component of what was described as a “ground-breaking” settlement of a human rights complaint that police discriminated against an Indigenous man and his granddaughter when they wrongfully handcuffed them both outside a Vancouver bank.

“We are extremely disappointed and disheartened by the constables’ decision not to attend,” wrote Chief Marilyn Slett in a statement.

“The constables’ lack of willingness to walk alongside us and respect our traditions is a continuation of the discrimination that police have shown toward Indigenous people in the past.”

In 2019, Maxwell Johnson and then-12-year-old Torianne were removed from a Bank of Montreal branch in downtown Vancouver and handcuffed after an employee called 911 reporting that he suspected the pair of fraud.

A review by a retired judge, ordered by B.C.’s Office of the Police Complaint Commissioner, found that constables Canon Wong and Mitchel Tong committed misconduct. Each officer was found to have committed two counts of abuse of authority – first, by removing Johnson and Torianne from the bank “without reasonable cause” and “recklessly arresting” them; second, by “recklessly using unnecessary force” by putting them both in handcuffs.

“This decision has also found that the cultural safety needs of Mr. Maxwell and his granddaughter, Indigenous persons who found themselves under scrutiny by police, were simply not considered by the officers in question. In the result, two vulnerable persons of Indigenous heritage were exposed to unnecessary trauma and fear, and left with a serious perception of unfairness in their treatment at the hands of police,” Brian Neal, Q.C wrote.

In the absence of Wong and Tong, Slett said the ceremony will not be one that will “uplift” Johnson and his family because the protocol for an apology ceremony – which requires those who caused the harm to be present – is not met.

Slett noted that the decision comes at a time when the mayor-elect in Vancouver has promised to hire at least 100 more officers for the city’s force, questioning that move amid what she called “another hurtful chapter” for Johnson, his family, and his community.

“If existing officers are unwilling to attend a traditional apology ceremony to satisfy their disciplinary penalties, and if the police board as their employer appears to be unable to address this refusal, why are we expanding this institution?” she asked in the statement.

“Why expand an institution that cannot or will not advance justice and reconciliation, or take responsibility for its actions?”

The Vancouver Police Board confirmed earlier Monday that the officers would not be attending.

“We are unable to speak to why the officers are not in attendance. In keeping with the terms of the settlement we made our best efforts for the officers to attend,” board spokesperson Faye Wightman wrote in an email to CTV News.

“We hope assumptions are not made regarding the constables’ decision not to be at the ceremony. The Board will not let this detract from the bigger picture, or our willingness to collaborate and implement change.”

HEILTSUK NATION SAYS UNION MAY HAVE PLAYED A ROLE

According to a backgrounder released by the nation, efforts to get the officers to attend started when the ceremony was first being planned and continued until the eve of the ceremony. Johnson, on at least two occasions, extended the invitation personally and publicly.

The statement from the nation says notification that the two constables might not attend first came about a week before the ceremony, and that the officers’ union may have been involved.

“The Vancouver Police Union was contemplating not allowing the constables to attend the apology ceremony, with the presence of media at the ceremony being cited as a reason for the Constables’ potential non-attendance,” the statement said.

“Upon receiving this notification, Mr. Johnson and Heiltsuk Leadership immediately informed the Vancouver Police Board, Vancouver Police Union, and constables Wong and Tong that they would be deeply disappointed if they did not attend, and encouraged them to reconsider. They also sought to speak with the union about the intention and spirit of the ceremony, and to address any concerns the officers might have.”

According to the nation, the union did not take them up on their offer.

CTV News has reached out to the union for comment and this story will be updated if a response is received.

This B.C. town just selected its mayor by pulling a name from a box 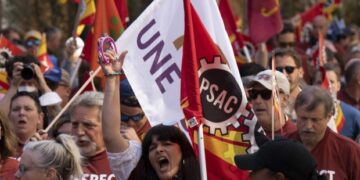 The Treasury Board and the Public Service Alliance of Canada have agreed to mediation in a contract dispute involving 11,000...

Home prices in Q4 down year-over-year, first decline since end of 2008: report

Ukraine on mission to ban Russia from Paris Olympics