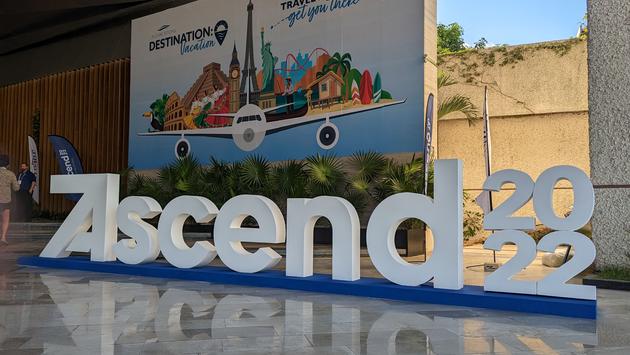 CANCUN, Mexico – “We care for people so they can be their best,” Ray Snisky, Group President, ALG Vacations told the nearly 1,000 attendees during the 2022 Ascend Conference.

This new purpose for Apple Leisure Group Vacations was showcased throughout the fourth Ascend conference, which was held for the second straight year in Cancun, Mexico.

557 travel advisors attended – a notable increase from the 417 that attended in 2021. And 60% of advisor attendees were also first-time attendees of an ALGV learning conference. Space is limited at the Cancun Center, so ALGV must cap the number of attendees, which meant some advisors didn’t get in fast enough.

Those that did make the cut were able to attend general sessions, educational workshops, and had access to over 100 suppliers on the trade show floor.

“If you don’t book early it fills up quick,” Scott Wiseman, Senior Vice President & General Manager of Apple Leisure Group Vacations told TravelPulse. “This is an event where advisors actually pay and invest in themselves particularly for the education that they’re getting and the workshops. We use not only internal experts but external experts that cover a wide range of products to really help them grow their knowledge, their business, it’s unlimited – it’s almost like going through a master class live for a couple of days.”

ALGV also knows how to have fun too though, bringing in Wayne Brady and Jonathan Mangum from Let’s Make a Deal, as well as bringing back last year’s crowd favorite Carson Kressley. Brady, unfortunately, had to video call in due to a last-minute illness, but he still brought plenty of laughs to the crowd during the general session.

Additionally, attendees heard from keynote speaker Ryan Leak, a motivational speaker known for helping people get out of their comfort zones and take risks. Leak’s speech was on Chasing Failure, an important message to advisors and suppliers on not being afraid to go for the things you really want. “What would you do if you knew you couldn’t fail,” Leak asked the audience. “You’re only failing if you’re failing to learn.”

A Company That Cares

As the industry moves beyond the pandemic era, the focal point ALGV wanted to bring home was that they are doing all they can to make life better for travel advisors.

“I want to transition away from being big, volume numbers to be a company that really cares, really services the customer, has a tremendous amount of kindness because I think that if we can get that accomplished then all the other numbers will continue to flourish and grow, so really a focus on what new technology advances we can do as we bring on new colleagues. Really, I’d like for us to be known as the company that cares and services better than anything else.”

Ryan Doncsecz, Groups Manager at VIP Vacations, was attending the conference for the first time and said the focus on self-growth was what stood out the most to him from Ascend.

“The travel industry has a way of beating one down at moments, but I’m very thankful for some inspiring speakers who offered real ways I can keep focused and energized in this fast pace world,” Doncsecz said.

“There has been so much focus on building business back since the pandemic began, but ALGV’s focus on “Care” and “giving back” is a breath of fresh air. It’s time for humans to be human again. Be vulnerable, be appreciative, be caring and supportive. The return to these values, and by sharing these experiences is a clear example of what separates this tour operator association from its competitors. This expo has been an open door to new relations, but more so a re-centering of focus to power us through what will be another busy return to the winter travel booking season. Reminding myself of the “why” I do my job has been important and to an extent, rehabilitating.”

“We’ve always referred to our travel advisors as the heart of our company, it really is that foundation of who we are,” said Jacki Marks, Executive Vice President for ALGV.

In another way the company is making an effort to show how it cares, ALGV also plans to begin doing wellness checks for advisors to check on their mental health, something Mandee Migliaccio, CEO of Stepping Out Travel and a first time attendee as well, learned during one of the workshops.

“The You: Own Your Day, Own Your Life” by David Pritchard, the director of Health and Well Being was phenomenal, Migliaccio said. “I love that ALGV is implicating a wellness program on Facebook for us agents. It’s nice to know ALGV cares for us agents as well as their employees.”

There were 79 total workshops spread throughout Friday and Saturday, ranging from topics around TikTok, photography, leadership skills, accounting, groups, VAX, diversity, equity, and inclusion, and the popular Executive Panel.

Tyson Wharton, Owner of Sioux Empire Travel, another first-time attendee, said his workshops were “extremely beneficial for my business.”

“Blending Beach with Boardroom was not what I expected but ended up changing how and what I will do on a daily basis,” Wharton continued. “All of the ALGV Group workshops were exactly what I needed to learn how to start. AMR showed me so many amazing new properties coming up next year. I also learned a new accounting method that could be a game changer for how my finances work.”

“My biggest takeaway is that ALGV really has stepped up in a way for travel advisors and absolutely spoiled us with education, connections and support,” Wharton said. “I feel like they care about me and my business, which is huge for any entrepreneur.”

The acquisition by Hyatt has helped tremendously with the investment in technology and getting the newly launched ALGVPro ready for advisors.

“[ALGVPro] is helping travel agents navigate education in a much more simplified manner,” said Marks. “ALGVPro has been in the works for a year now and I’m so proud of our team because they’ve really simplified the essence of what it means to be an effective advisor with ALGV. This includes how to use VAX effectively [and] how to navigate our programs that help them make more money. It really walks them through in a very systematic module way where they’re testing out of each course until they get to the hardest course at the end, and then they become certified. It has completely exceeded our expectations and that’s what’s been great about Hyatt, it really helped us accelerate getting onto the platform because they already had a relationship with a company called Saba, which is our basis for the platform. So it’s things like that that really took our vision of having a learning management system and accelerated once we were part of Hyatt, which has been phenomenal.”

Global Cruise Market Expected To Be Worth $15 Billion by 2028

Ian Could Impact Florida Travel, Airports and Airlines This Week

Technology has helped reduce call times, and with the increased cybersecurity with help from Hyatt completed, ALGV can turn its focus on internal programs.

“Next year we’re going to invest in more things about programs,” Snisky said. “We have some great ideas on our road, great feedback from all of you (advisors) that we’ll be pushing on those things to get them completed as well.”

“I am excited for this,” Wharton said. “VAX is great but the new updates for groups will be huge. I also was blown away by the Travelogue and TravelBlogue portals they have now. I can send resorts to my clients right on my phone. They are giving us the tools to be better.”

The big investment is because advisors said there is still continued room for improvement with ALGV’s current technology.

“I think ALGV is moving in the right direction,” Migliaccio said. “Some work still needs to be done so the agents spend less time trying to research where information is on their site. Making the booking site more seamless and condense, us agents will be able to focus on booking more.”

“ALGV’s effort to grow and enhance technology should not be unnoticed; however, room for growth remains,” Doncsecz said. “I challenge their teams to continue to develop software and tools that empower the agents to do more updates and modifications ourselves. This would continue to help cut down hold times, but also leave the power in our hands while also eliminating room for doubt.”

Europe will now become a renewed focus for ALGV heading into 2023 and beyond.

Multiple times throughout the conference, ALGV executives noted the growth ahead, which will benefit both the company and advisors.

“As we launch Europe, we’re going to expand [advisors] commissions,” Snisky said. “That will be an announcement coming soon.”

Expect more growth in the Mediterranean. More plans for development in Greece, Croatia, and “anywhere we have enough lift, connectivity…any destination that has that is a good candidate for us,” said Javier Coll, Group President, AMResorts Global Business Development & Innovation.

The idea of more European options for clients has advisors thinking big.

“I’m honestly excited,” Migliaccio said. “Before the Travel Impression and Vax merger I only used TI for my European clients. I would just call in and have a whole FIT built. I’m hoping with the expansion I will be able to again solely use ALGV for my European needs again.”

And speaking of expansion, could ALGV add more resort brands?

The discussion around adding in Playa Hotels & Resorts has come up from advisors quite a bit, leading Snisky to address it during an Executive Panel during the conference.

“What I can share [about Playa] is that there are some discussions going on right now and it’s more far-reaching than Playa and ALGV. There are some other discussions about Playa and Hyatt overall. So, I’m cautiously optimistic, but I don’t have anything to share definitively.”

One thing Snisky can share is his level of excitement for what’s to come.

“I’ve never been more excited about our future,” Snisky said.

The 2023 Ascend Conference will return to Cancun, Mexico from October 18-21.

For the latest travel news, updates and deals, subscribe to the daily TravelPulse newsletter. 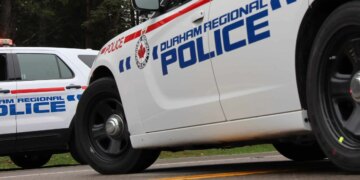 A man from Brampton faces charges months after a cell phone store in Whitby was robbed at gunpoint.Back on September...