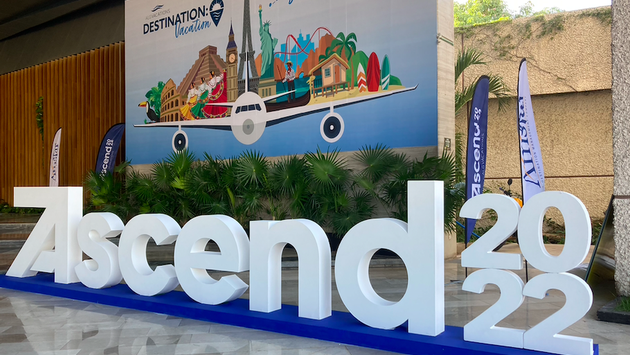 “I think just the culture of Hyatt has been my most pleasant surprise,” ALG President Ray Snisky told a press conference at the opening of the company’s ASCEND conference, held for the second year in a row in Cancun, Mexico.

The acquisition of ALG by Hyatt happened nearly a year ago, and the company now has more luxury resorts and resort areas than any hotel company in the world; the acquisition added a 60% increase in high end hotels in Europe.

Snisky said it marked a pivotal point in the company’s history, but it also raised concerns among advisors that the change might affect them negatively in terms of commissions and processes.

Snisky says however, it’s the opposite and that the combination of the companies will give more tools to agents that include upgrades to their advisor program ALGVPRro and new technology that has increased cybersecurity and helped reduce call times.

“Everyone says they love to embrace change, unless someone else is the one who is doing the changing. We’ve always referred to our travel advisors, as the heart of our company. Mark (Hoplamazian, President and CEO, Hyatt), has reinforced his commitment to working with travel advisors. Just to hear that, I know there’s going to only be more and more continued great things for our advisors.”

Snisky says Hoplamazian’s goal is not to change their business modelling, but to invest in technology with the goal of increasing the company’s overall success moving forward. Advisors will see benefits in high-end branded properties and increased opportunities in points and recognition in programs like Prive.

“There will be new tools that we’ll be able to introduce advisors to, that will help our overall growth as a company. We’ve seen great early returns and business has been flourishing forward, Our real question for all of us is in the industry is how can we continue to maintain this growth where unit pricing is 25% higher than it was in 2019?”

Part of that expected growth will come from the Canadian market who is spending more on their vacations than they did before COVID, particularly in the luxury market.

“I feel very strongly about the Canadian market. I think there’s not only that pent up frustration, but that absolute need to get the heck out of dodge and start living,” Kevin Wojciechowski Senior Vice President, Sales & Distribution, AM Resorts, told TravelPulse Canada.

“It’s being driven towards higher end (bookings). Even if they’re choosing a three and a half or four star resort, they’re still going to higher categories and still booking the oceanfront. They still want to sweeten their trip; they still want a swim out and they still want it to be just a hair better than it was pre COVID.”

Wojciechowski has been in the travel business for forty years, and says Canada (and the UK) are the “most resilient markets in the world. They never stop travelling. The only thing that stopped their traveling is when the government took away their ability to go whether it was because of war, famine, and now COVID. Travel is in their DNA.”

Canadians are also travellng more in groups and Snisky says they are seeing larger and far greater volume than ever before; 2022 numbers are expected to finish double the amount of revenue of 2021 and are forecasted to be up 25% in 2023.

“As the world returns to travel, we know travel advisors are more important than ever. And I’ve never been more excited about the future.”

One man is dead after a stabbing Sunday night outside the Port Place shopping centre in Nanaimo, B.C. First responders...

Runaway Railway ride at Disneyland is pun for the whole family

Toyota to replace Akio Toyoda as president and CEO

Microelectronics give researchers a remote control for biological robots