The City of Toronto has lowered its flags to half-mast in honour of Scarborough North Coun. Cynthia Lai, who died just days before the municipal election.

The flags will remain that way until Oct. 28.

Books of condolence have also been placed in both the rotunda at city hall and at Scarborough Civic Centre.

All messages will be shared with Lai’s family, officials said.

Lai’s campaign manager confirmed her death on Friday afternoon, saying she passed away in hospital surrounded by family.

“She championed the causes of her constituents and delivered services to residents that reflected the demographic make-up of the ward,” Hratch Aynedjian said in a statement.

Lai was first elected as councillor in Ward 23 Scarborough North in 2018. She was a member of the city’s budget committee, economic and community development committee and the Toronto Transit Commission board.

She was running for re-election in the Oct. 24 elections and had been endorsed by John Tory, who described Lai as “a cheerful optimist while at the same time being professional, respectful and good at whatever she did.”

Funeral arrangements will be shared when available.

Vote count shows Slovenia presidency to be decided in runoff 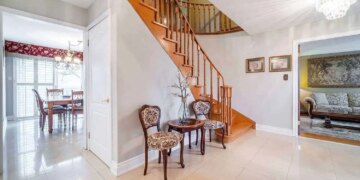 Mississauga House of the Week: Beautifully maintained family home in a quiet neighbourhood

This place: This meticulously maintained original family home is located in the highly sought-after Rathwood community of east Mississauga and is...