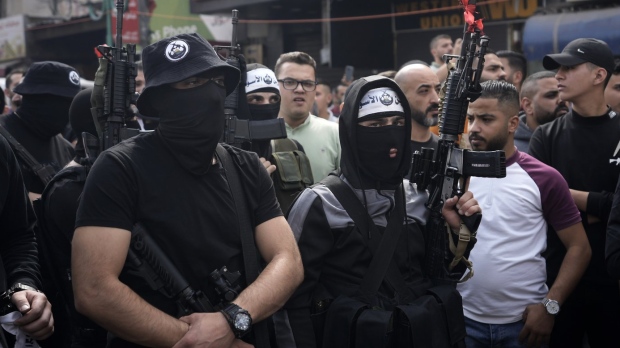 TEL AVIV, Israel (AP) — A Palestinian militant group accused Israel on Sunday of killing one of its top fighters in a targeted attack deep inside a West Bank city, promising to unleash a fierce response.

The Den of Lions, a group of young Palestinians that was formed out of frustration and disillusionment with the Palestinian leadership and its tight security ties with Israel, said Tamer al-Kilani was killed when an explosive device planted on a motorcycle exploded as he walked by.

The Israeli military declined to comment. The military has been conducting nightly raids in the occupied West Bank since the spring in what it says is a bid to dismantle militant networks and thwart attacks. The raids have ratcheted up tensions in the area and have been met by a series of Palestinian shooting attacks.

An Israeli military official said al-Kilani was connected to a deadly shooting attack last week that killed an Israeli soldier, as well as several other shooting attacks in the northern West Bank. The official spoke on condition of anonymity because he was not authorized to discuss the details with the media.

Two videos provided by Den of Lions showed a person on a motorcycle parking and exiting the frame. The second video showed a man, seemingly al-Kilani, walking by a motorcycle and then what appears to be a blast.

Many Palestinians oppose the security coordination, viewing it as a sign of the PA’s weakness and as a betrayal of the Palestinian people. Widely disenchanted with the PA, which is widely seen as undemocratic and corrupt, young Palestinians are flocking to an array of militant groups to seek weapons.

Israel’s Defense Minister Benny Gantz has said Den of Lions has no more than 30 members and has promised that their days are numbered.

But shooting attacks in the area have been on the rise and in recent weeks have turned deadly.

The military raids in the West Bank began in the spring after a spate of Palestinian attacks against Israelis killed 19 people, while more recent attacks have killed several more.

More than 120 Palestinians have been killed in Israeli-Palestinian fighting in the West Bank and east Jerusalem this year, making this year the deadliest since 2015. The Israeli army says most of the Palestinians killed during the raids have been militants. But stone-throwing youths protesting the incursions and others not involved in confrontations have also been killed.

Israel captured the West Bank, the Gaza Strip and east Jerusalem in the 1967 Mideast war. The Palestinians seek those territories for their hoped-for independent state.

Sunak leads in race for UK leader; Johnson yet to declare

Sunak leads in race for UK leader; Johnson yet to declare 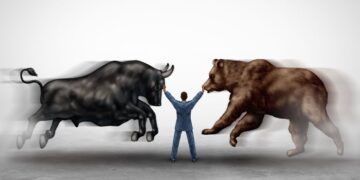 This year’s stock-market rally has pushed the S&P 500 index to valuation levels that make it difficult for the index...

Bank of Canada expected to hike rates again. Here’s a timeline of how we got here

The oven won’t talk to the fridge: ‘smart’ homes struggle