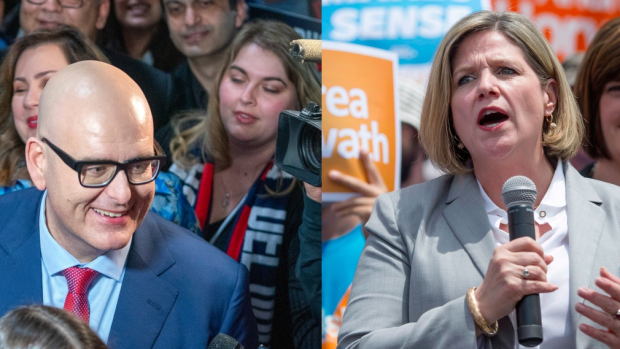 Two former Ontario party leaders are vying for the position of mayor in the Greater Toronto and Hamilton Area, and experts say their past record, experience and name recognition could prove to be a “double-edged sword.”

Both Andrea Horwath and Steven Del Duca stepped down as leaders of their parties on June 2 after being unable to clinch further support during the election.

Horwath, who served as the leader of the Ontario NDP for 13 years, won in her Hamilton Centre riding, but failed to increase the number of seats the party had in the legislature. On election night, she announced that it was time for her to “pass the torch.”

In July, Horwath resigned as a Member of Provincial Parliament to run for mayor of Hamilton.

Speaking with CTV News Toronto earlier this week, Horwath said community members approached her during past municipal election to see if she was interested in making a return to city hall.

Horwath started her career in public service as a Hamilton city councillor.

“The reason I got into politics in the first place was because of the grit and the spirit of the people of the city,” she said. “For me, it’s about coming home and using everything that I’ve gained skills wise and knowledge wise and connections wise to further the interests of the city of Hamilton.” 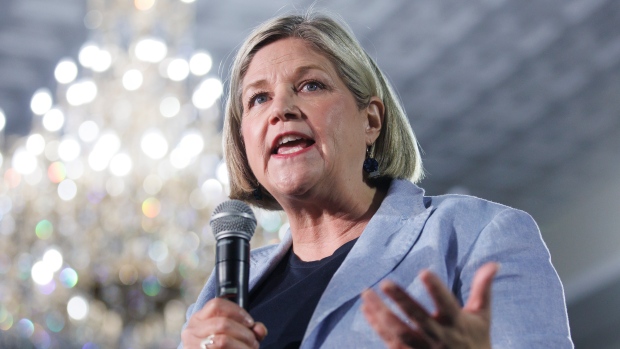 Experts say it’s not uncommon for politicians in different levels of government to move around and run municipally, especially for mayor—a position that holds a significant amount of prestige.

“The mayor can also be a very influential person,” said Dennis Pilon, an associate professor at York University. “In some cases, the mayors really are running the show.”

“We’ve seen this from all the parties. People go from different levels of government to decide to become the mayor. And it’s not a new thing either. I mean, we can go back in history and we can see this pattern carried out across the country at different historical periods where people have decided to go for the mayoralty as a way of reviving their political career or changing their fortunes.”

This may also be the case for Del Duca, whose Liberal Party suffered a crushing loss in June. The 49-year-old didn’t just lead the party to defeat, he also lost his own seat in Vaughan-Woodbridge.

In August, Del Duca announced that he would be running to become the next mayor of Vaughan, pledging to use his experience to continue to fight the “traffic gridlock crisis.”

“I came out of the result that we had back in the spring in the other election, obviously a tough result,” Del Duca told CTV News Toronto over the phone on Sunday. “There were a number of conversations that started, I would say mostly in July, with supporters here in the community, and with my family about whether or not I felt that I still had something to give by way of public service.”

“After taking most of July to really be very thoughtful and … approaching it with great humility and thinking about it very carefully and making sure that my daughters in particular were comfortable with it, I got to the point where I felt that—and still feel—I do have something to continue to give back to my community. I am very passionate about public service.”

Del Duca, who was an MPP in Vaughan from 2012 to 2018, said he hopes voters can look past his recent loss and focus on his record as a whole. 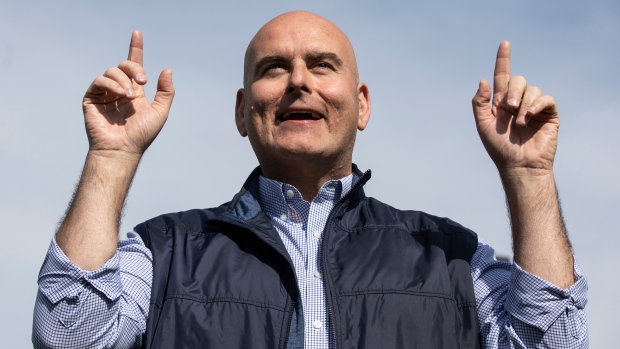 Just because a candidate doesn’t fare well in one election or in one particular geographical constituency, doesn’t mean those results reflect the larger voter pool, Pilon adds.

“It’s a numbers game. Maybe there just weren’t enough supporters,” he said. “We know from the provincial election raw data, that a lot of people liked the Liberal Party, and that’s not reflected in the standings of the house.”

“My sense is that the population he’s appealing to is much broader, and that population may have considerably more liberal supporters.”

Name recognition as well as a clear-cut connection to a political party can also help a candidate soar to the top of the polls, she said.

While candidates may have their own ideologies, there are no political parties in Ontario municipal politics. Knowing that an individual running for mayor previously aligned themselves with the NDP or Liberal parties could help during a campaign; however Alison Smith, an assistant professor at the University of Toronto, argues this may not always be the case.

“There can be like that double edged sword though for people who lost to an opponent,” she said. “(The candidates) have a track record and maybe people just don’t agree with everything that they come with.”

“But I do think there’s an incumbent advantage in a lot of different levels of politics.”

IS MUNICIPAL POLITICS A ‘CONSOLATION PRIZE’?

Numerous provincial and federal politicians who have been successful at the local level, notably Bonnie Crombie, Patrick Brown, and John Tory in the GTA.

However, often opponents of a candidate who moves between different governments will argue they are treating the municipal election as a “consolation prize”—that the municipal race may not have been their first choice.

Smith and Pilon, on the other hand, both argue that politics on a local level can be incredibly demanding and that a candidate wouldn’t choose to go into another election unless it was for a position they desired.

“One of the things that I sometimes think about when I think about what about, you know, if municipal politics is kind of a consolation prize for somebody who didn’t get the price of provincial or federal politics. Former Mayor of Calgary … (Naheed) Nenshi, was oftentimes asked when he was mayor, because he was so popular and so successful, people would often ask him, when are you going to run provincially or federally and his response would always be why would I want that demotion,” Smith said. “He considered it a step down to leave local politics in Calgary and to run for provincial or federal politics.”

“I think right now, for some of the people who maybe were backbench members of a government or maybe were in opposition, being the mayor of a city is, in a lot of ways, a really exciting opportunity.”

The mandate of a mayor encompasses a variety of issues, including large files such as transportation, housing and public health.

Pilon argues the position of mayor is too demanding to decide to run on a whim. Between the meetings, emergencies and weekend events, there’s little time to do anything else.

“Do you want to be available 24 hours a day to put out fires?” he said. “I don’t think people appreciate the work that the politicians do.”

“We need people who are prepared to do that work, because it’s not easy work trying to get agreement amongst people who don’t agree.”

Ontarians head to the polls on Oct. 24. 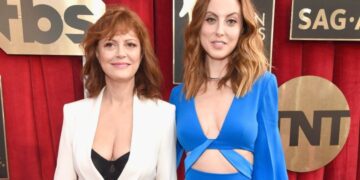 Susan Sarandon is opening up about her parenting style. The same month that Sarandon’s daughter, Eva Amurri, described her upbringing as “a...

Twitter’s Verdict On Kylie Jenner’s Dress: ‘Animals Are Not Accessories,’ ‘Not A Good Idea’