by author
in National
Reading Time: 5 mins read
0 0
A A
0
0
SHARES
12
VIEWS
Share on FacebookShare on TwitterLinkedinReddit

Two of Alberta’s major political parties held their own separate conventions Saturday in an effort to ramp up support and unofficially launch their campaigns ahead of a general election next spring.

Here’s an inside look.

Danielle Smith addressed UCP party members and caucus during a convention at the River Cree Casino and Resort in Edmonton.

She began her speech by focussing on what her party has been up to over the past 10 days and highlighting her transition to power as the NDP launched several attacks against her.

Smith touted her recent cabinet decisions and doubled down on an apology for her past comments made about the Russian invasion of Ukraine.

“I want to ask you to please help assist our new Ukrainian Albertans fleeing the terrible invasion of Ukraine by Russia. We must help each of these new Albertans and their families find a place to stay and community and friends to call their own,” she said. 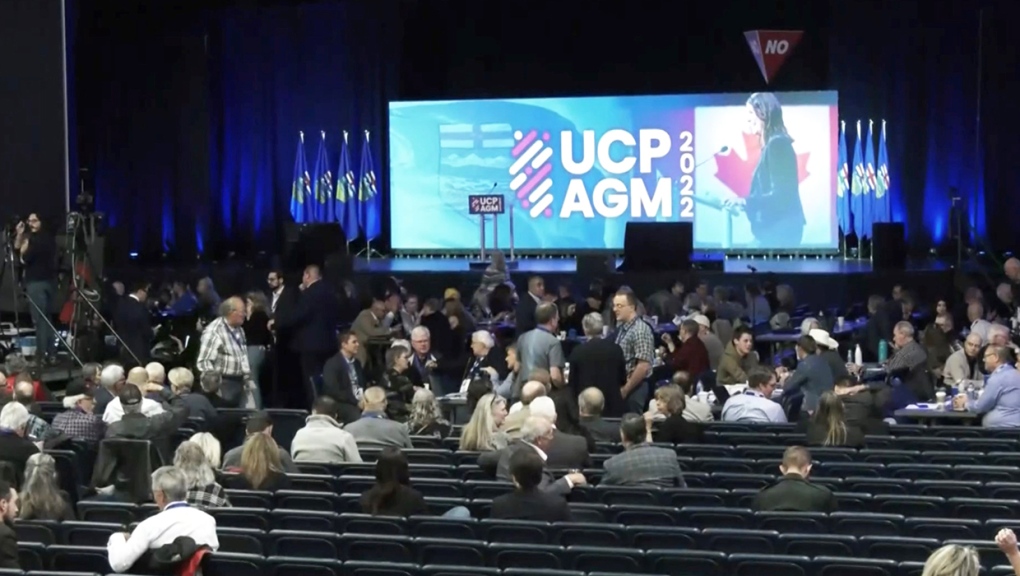 Smith went on to talk about a recent caucus retreat in which she played paintball with several UCP MLAs. She called the gathering a ‘teambuilding’ opportunity.

“There were four major themes that came out of that discussion,” she said.

The newly elected premier continued to speak of Rachel Notley as someone who focuses on anti-energy policies and a “300 per cent increase to carbon taxes,” placing her political views as being the same as Jagmeet Singh and Justin Trudeau.

“As a government, we can’t solve the inflation crisis on our own – but we can certainly keep our books balanced and we can ensure that Albertans and their families are better able to manage through this storm,” Smith said.

“Rachel Notley is on the record – she supports this carbon tax increase 100 per cent. That’s what she thinks is good for Alberta families.”

Smith vowed to help address emergency room lineups and fix what she calls an ‘emergency medical services’ crisis in Alberta.

She went on to speak about fighting for Alberta and calling for the removal of equalization payments to Ottawa, something she says Notley won’t do.

“So, when Ottawa attacks our energy workers again, we won’t budge on equalization, when they triple the carbon tax, when they land lock our resources, and confiscate legal firearms, what do you think she will do?

“She’ll do what she has always done. Absolutely nothing.”

NDP Leader Rachel Notley vowed to focus on affordability, economic diversification and more positive changes to both the healthcare and education systems.

In a speech to more than 1,400 party members at downtown Calgary’s Hyatt Hotel, she touted an economic platform which includes a cap on utility rates, freezing auto insurance, holding off on collecting a gas tax and placing a cap on post-secondary tuition fees.

If elected, the NDP also plans to build hundreds of schools across the province and would move on what it calls an “aggressive” affordable housing construction program.

Plans to increase support for seniors and low-income families are also in the works along with reversing cuts to the child and family benefit.

“The UCP has lots of plans to fire people, but no idea how to hire them, including the healthcare professionals we so desperately need,” said Notley.

“Their plans are little more than a recipe for more costs, more chaos, and more conflicts. Our party will take a different path.”

Notley says she plans to position her party as an alternative to the UCP. She did not mention Smith in her speech, but did address their relationship in a scrum with reporters.

“I certainly don’t have any ill will against her personally, but do worry about the hurtfulness of some of her statements and some of her policies with respect to real Albertans who will suffer the consequences,” she said.

“So much of my speech was really focused on prospective policy offerings. We have a pretty good sense of where Albertans stand and we’re interested in now talking to them about what they can expect from us.”

If resolutions are passed by delegates, it does not mean that a certain policy will be implemented into an election strategy. Input from members at these conventions however usually shapes what types of promises are offered in an election campaign.

The NDP has nominated the majority of its candidates for the general election next May and if elected, plans to implement gender parity within its cabinet.

CALGARY IS THE ‘BATTLEGROUND’

Political experts say Notley likely chose to hold her convention in Calgary because it’s where the NDP need to cover more ground, holding just three of the city’s 26 seats in the legislature.

“The NDP have released all kinds of videos and releases focussing on some of the challenges that Calgary has faced, in particular, things like downtown vacancy rates. Some really interesting things have come out from the NDP on how to resolve some of the issues that Calgary is facing and I think it’s just an indication that this is where there are seats that are in contention.”

Williams also noted that the NDP decision to bring on former ATB chief economist Todd Hirsh could help the party bring a credible and significant source of insight in terms of how best to spend surplus funds if they are elected.

‘SMITH NEEDS TO UNITE HER PARTY’

In terms of some of the challenges that lie ahead for Danielle Smith, it will most likely come in the form of uniting her party members.

Williams says there are a lot of UCP members that have a strong vision of which direction they would like to take the party, but she will need to hold that support together

“Some of the strongest visions or strongest emotions around those policies and ideas were the folks that brought Danielle Smith to power and it’s more or less created an expectation that their support is going to have to be rewarded with some of the policies that she had talked about during the campaign.”

“But Smith has lots of time to counter some of the damage that she’s done to her own leadership over the last week and if some of the policy alternatives she suggests and pursues actually meet with success, then that may go some distance toward distracting from some of these controversies.”

Slovenians choose president with no clear winner in sight

Slovenians choose president with no clear winner in sight 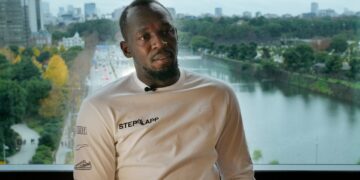 Usain Bolt missing US$12.7M from his account, his lawyers say

SAN JUAN, Puerto Rico - Lawyers for Usain Bolt, one of the world's greatest sprinters, said Wednesday that more than...

‘Heave Away’: Canada’s goal tune at the world juniors is ‘the song that never dies’