Investigators from Peel Regional Police have arrested six individuals believed to be responsible for a string of gun violence in Mississauga and Brampton over a three-month period.

This collaborative effort resulted in more than 30 charges laid, four illegal handguns seized, and more than 50 rounds of ammunition taken off the streets, preventing unimaginable carnage.

Between August 13, 2022, and October 3, 2022, Peel Regional Police responded to four separate shootings during which multiple residential units and vehicles were struck by gunfire. In one of the shootings, a 27-year-old man was wounded and suffered severe injuries.

The following individuals have been arrested and charged in connection to these incidents. At the time of their arrests, they were held in custody pending a bail hearing.

1. Kevonte MARKSMAN, a 20-year-old male from Brampton, was charged with attempted murder using a firearm and several other firearm-related offences.

2. Elijah KERRIDGE-LALL, a 20-year-old male from Whitby, was charged with attempted murder using a firearm and several firearm-related offences.

3. Shamar LINDSAY, a 20-Year-old man from Brampton, was charged with Possession of a Loaded Prohibited/Restricted Firearm and several other criminal code offences.

4. Nayshawn OAKLEY, a 20-Year-old male from Brampton, was charged with Discharging a firearm in a reckless manner and numerous other firearm-related offences.

5. Marquez SENIOR, a 19-year-old male from Brampton, was charged with Possession of a Loaded Prohibited/Restricted Firearm and numerous other firearm-related charges.

6. Tyanthony YEE-BROWN, a 21-year-old male from Brampton, was charged with Occupant of a Motor Vehicle knowing there was a Firearm.

Anyone with information regarding these incidents is asked to contact the 22 Division Criminal Investigation Bureau at 905-453-3311, extension 2233. Information may also be left anonymously by calling Peel Crime Stoppers at 1-800-222-TIPS (8477) or by visiting peelcrimestoppers.ca. 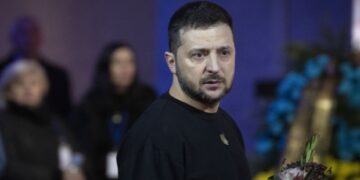 Survivors of conflict to meet Pope Francis in Congo

FTX allowed by bankruptcy judge to sell LedgerX, other assets