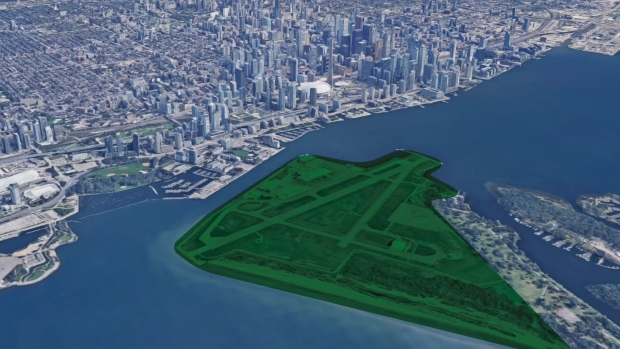 One week after proposing to replace Toronto’s island airport with a 215-acre public park if elected, mayoral candidate Gil Penalosa is backpedalling on his plan after receiving feedback.

On Friday, Penalosa said people have asked him “to slow down” on his proposal and to do further consultations, to which he said, “I have agreed.”

“Last week, I put out a proposal to turn the Island Airport into a new park that would connect the waterfront to our beautiful islands,” he said in a statement. “But I have heard loud and clear that you want to continue the conversation about the best option for this important site.”

On Oct. 14, Penalosa released his plan that would see the Billy Bishop Toronto City Airport turn into a new green space about one-third size of New York’s Central Park after its lease expires at the end of 2033.

While he is re-evaluating his proposal for the island airport, the mayoral candidate said Torontonians must start having conversations now about the future of the site.

“We all know what happens when politicians don’t plan for the future,” said Penalosa.

“We need to start making plans to ensure that in 10 years all Torontonians can continue to enjoy this piece of public land and that it doesn’t decline into an underutilized private airport or, worse, into disuse and disrepair.”

PortsToronto, which operates the airport, echoed Penalosa’s sentiments when asked last week about the candidate’s proposal, saying now is the time to discuss Billy Bishop’s future and it should focus on improvement than removal.

“With the Tripartite Agreement expiring in 2033, there is an opportunity to determine how the airport can continue on its current trajectory towards cleaner, greener, quieter operations, while also looking at ways to integrate community priorities into the vision for the area,” a spokesperson for the port authority previously said.

Meanwhile, mayoral incumbent John Tory’s campaign said last week that he has no intention of opening up the discussion about the status of the airport if re-elected.

The airport offers flights to more than 20 cities in Canada and the United States and transports about 2.8 million passengers annually.

– with files from Katherine DeClerq