by author
in National
Reading Time: 2 mins read
0 0
A A
0
0
SHARES
10
VIEWS
Share on FacebookShare on TwitterLinkedinReddit

Members of a second Quebec opposition party have refused to swear allegiance to King Charles III, as required by the Canadian Constitution, putting their ability to sit in the legislature into question.

The three Parti Quebecois members elected to the province’s legislature Oct. 3 took an oath of loyalty to the people of Quebec, but not to the monarch, as they were sworn in Friday morning.

Leader Paul St-Pierre Plamondon said he believes the oath of office should be meaningful and sincere — which he says isn’t the case with an oath to a monarchy that Quebecers never consented to.

The oath is a “straitjacket that condemns each elected representative of the people of Quebec to hypocrisy,” St-Pierre Plamondon said in a speech. “A straitjacket that forces democrats of all parties to take an oath they do not believe in and therefore to perjure themselves, to sully the value of their word and to do that in the first act they are called on to take as representatives of citizens.”

Members of all provincial legislatures and the federal Parliament are required to swear an oath to the Crown before taking office, while the second oath to the people of Quebec is required under provincial law.

Earlier this week, the 11 members of Quebec solidaire — which like the PQ supports Quebec sovereignty — also refused to swear allegiance to the King.

Spokesman Gabriel Nadeau-Dubois said at the time that he’d been told members of the party would not be allowed to sit in the legislature, participate in debates or vote, but would have access to their legislative offices and budgets.

Speaking to reporters after the swearing-in, St-Pierre Plamondon said he now wants to meet with the leaders of the other parties to find a way for his members to sit in the legislature without having to take the oath.

He said he believes a simple motion in the province’s national assembly could allow the members to sit.

He cited an Ontario Court of Appeal ruling that found the oath to the queen sworn by a new Canadian citizen was not to the queen herself, but to the institutions and the government. “So based on that judgment of 2014, once we’ve taken an oath towards the people of Quebec and the constitution of Quebec, we have fulfilled that standard,” he said.

On Tuesday, Justice Minister Simon Jolin-Barrette said it will take more than a motion to allow the members to sit — but he believes the oath could be eliminated if the assembly passes a bill.

Asked if he would swear the oath if negotiations do not advance, or if the PQ members would attempt to sit without making the pledge, St-Pierre Plamondon said he wasn’t ruling anything out.

Constitutional scholars differ on whether the Quebec legislature has the power to allow members to participate in legislative debates and votes without taking the oath.

Benoit Pelletier, a constitutional law professor at the University of Ottawa, said he believes the legislature could allow the dissident members to sit by passing a motion. Pelletier said he believes Quebec could change the oath through the power provinces possess to change their own constitutions, but other experts believe it would require the consent of all provinces and the two houses of Parliament.

This report by The Canadian Press was first published on Oct. 21, 2022. 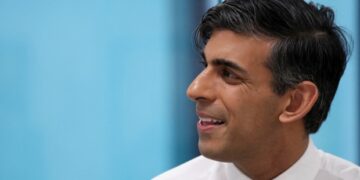 LONDON (AP) - U.K. Prime Minister Rishi Sunak was fined by police on Friday for taking off his seat belt...

Miss Universe R’Bonney Gabriel On Pageant Rigging Accusations: ‘Felt Really Down About It’