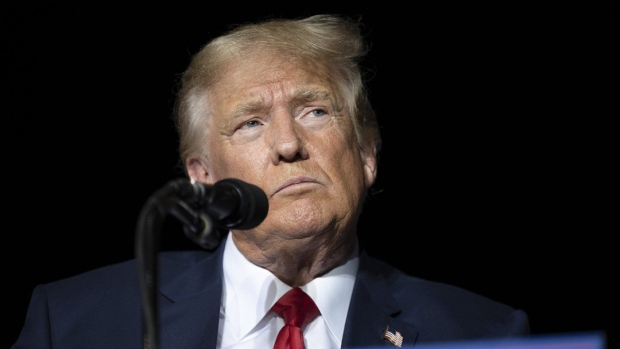 WASHINGTON (AP) – The House committee investigating the Jan. 6 attack on the U.S. Capitol formally issued an extraordinary subpoena to Donald Trump on Friday, demanding testimony from the former president who lawmakers say “personally orchestrated” a multi-part effort to overturn the results of the 2020 election.

The nine-member panel issued a letter to Trump’s lawyers saying he must testify, either at the Capitol or by videoconference, “beginning on or about” Nov. 14 and continuing for multiple days if necessary.

The letter also outlined a sweeping request for documents, including personal communications between Trump and members of Congress as well as extremist groups. Those are to be turned in by Nov. 4, although the committee’s deadlines are generally subject to negotiation.

“We recognize that a subpoena to a former president is a significant and historic action,” Chairman Bennie Thompson and Vice Chair Liz Cheney wrote in the letter to Trump. “We do not take this action lightly.”

The panel rooted its action in history, listing past presidents from John Quincy Adams to Gerald Ford, who testified before Congress after leaving office – and noted that even sitting presidents have responded to congressional subpoenas.

It is unclear how Trump and his legal team will respond. He could comply or negotiate with the committee, announce he will defy the subpoena or ignore it altogether. He could also go to court and try to stop it.

David A. Warrington, a partner with the Dhillon Law Group, said the firm would be handling the issue for Trump, and he said in a statement: “We understand that, once again, flouting norms and appropriate and customary process, the Committee has publicly released a copy of its subpoena. As with any similar matter, we will review and analyze it, and will respond as appropriate to this unprecedented action.”

The subpoena is the latest and most striking escalation in the House committee’s 15-month investigation of the deadly Jan. 6, 2021, insurrection, bringing members of the panel into direct conflict with the man they have investigated from afar through the testimony of aides, allies and associates.

In the subpoena letter, the committee wrote about the “overwhelming evidence” it has assembled, showing Trump “personally orchestrated” an effort to overturn his defeat in the 2020 election, including by spreading false allegations of widespread voter fraud, “attempting to corrupt” the Justice Department and pressuring state officials, members of Congress and his own vice president to change the results.

“In short, you were at the center of the first and only effort by any U.S. President to overturn an election and obstruct the peaceful transition of power, ultimately culminating in a bloody attack on our own Capitol and on the Congress itself,” Thompson and Cheney said.

Lawmakers say key details about what Trump was doing and saying during the siege remain unknown. According to the committee, the only person who can fill the gaps is Trump himself.

The panel – comprised of seven Democrats and two Republicans – approved the subpoena for Trump in a surprise vote last week. Every member voted in support.

The day after, Trump posted a lengthy memo on Truth Social, his social media website, repeating his false claims of widespread election fraud and expressing his “anger, disappointment and complaint” that the committee wasn’t investigating his objections. He made no mention of the subpoena.

The subpoena calls for testimony about Trump’s dealings with several former aides and associates who have asserted their Fifth Amendment rights against self-incrimination to the committee, including Roger Stone, Michael Flynn, John Eastman, Jeffrey Clark and Kelli Ward.

“These Fifth Amendment assertions – made by persons with whom you interacted – related directly to you and your conduct,” the subpoena letter reads. “They provide specific examples where your truthful testimony under oath with be important.”

The committee also made 19 requests for documents and communication – including for any messages Trump sent on the encrypted messaging app Signal “or any other means” to members of Congress and others about the stunning events of the Capitol attack.

The scope of the committee’s request is expansive – pursuing documents from Sept. 1, 2020, two months before the election, to the present on the president’s communications with the groups like the Oath Keepers, Proud Boys – as the panel looks to compile a historical record of the run-up to the Capitol attack and then the aftermath.

But there remains little legal advantage for Trump to cooperate with the committee as he already faces other civil and criminal legal battles in various jurisdictions, including over his family business in New York and the handling of presidential records at his Mar-a-Lago estate in Florida.

It’s possible his lawyers could simply run out the clock on the subpoena if they go to court to try to quash it, since the committee goes out of existence at the end of this Congress.

Peter Keisler, who served as acting attorney general under President George W. Bush, wrote in an email responding to a query from the AP: “It seems improbable to me that this could be litigated to conclusion in the time remaining to the Committee in this Congress.”

There is ample precedent for Congress to seek testimony from a former president. Over the past century and a half, at least six current and former presidents have testified on Capitol Hill, including John Tyler and John Quincy Adams after both were subpoenaed in 1848.

If Trump refuses to comply with the subpoena, the panel will have to weigh the practical and political implications of holding him in contempt of Congress.

“That’s a bridge we cross if we have to get there,” Rep. Adam Kinzinger, a Republican member of the committee, told ABC on Sunday. “He’s made it clear he has nothing to hide, is what he says. So, he should come in.”

If the full House voted to recommend a contempt charge against Trump, the Justice Department would then review the case and decide on any further step.

Other witnesses have faced legal consequences for defying the committee, including close Trump ally Steve Bannon, who was convicted of contempt in July and was sentenced Friday to four months behind bars. But holding a former president in contempt would be another matter.

The subpoena to Trump comes as the committee is looking to wrap up its investigative work and compile a final, comprehensive report that will be published by the end of the year. Investigators have interviewed more than 1,000 witnesses, including many of Trump’s top White House aides, and obtained tens of thousands of pages of documents since the committee was formed in July 2021.

But the panel is authorized only through this Congress, which ends on Jan. 3. That means members have only a few short months – amid a hectic lame-duck legislative period after the midterm elections – to refine their historical record of the worst attack on the Capitol in two centuries. Whether that will include the testimony from the 45th president of the United States remains to be seen.

The committee ended its subpoena to Trump by quoting one of his predecessors: “President (Theodore) Roosevelt explained during his congressional testimony, `an ex-President is merely a citizen of the United States, like any other citizen, and it is his plain duty to try to help this committee or respond to its invitation.”’

Vehicle stolen in Toronto found in a Caledon storage locker 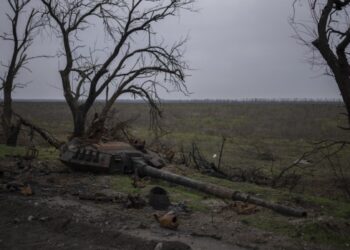 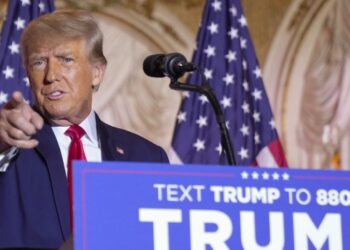 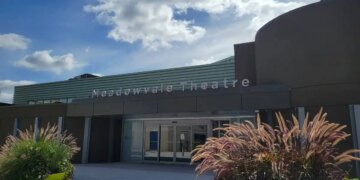 Musical based on fantasy film set to hit Mississauga

A musical based on a popular fantasy film from 1968 is set to hit the Meadowvale Theatre in Mississauga soon.Chitty...