The penalties for serious breaches of the Privacy Act would increase from 2.2 million Australian dollars ($1.4 million) now to AU$50 million ($32 million) under amendments to be introduced to Parliament next week, Attorney-General Mark Dreyfus said.

A company could also be fined the value of 30% of its revenues over a defined period if that amount exceeded AU$50 million ($32 million).

Dreyfus said “big companies could face penalties up to hundreds of millions of dollars” under the new law.

“It is a very, very substantial increase in the penalties,” Dreyfus told reporters.

Parliament resumes on Tuesday for the first time since mid-September.

Unknown cybercriminals this week demanded ransom from Australia’s largest health insurer, Medibank, after claiming to have stolen 200 gigabytes of customers’ data including medical diagnoses and treatments. Medibank has 3.7 million customers. The company said the hackers had proved they hold the personal records of at least 100.

Dreyfus said both breaches had shown “existing safeguards are inadequate.”

As well as failing to protect personal information, the government is concerned that companies are unnecessarily holding too much customer data for too long in the hope of monetizing that information.

“We need to make sure that when a data breach occurs the penalty is large enough, that it’s a really serious penalty on the company and can’t just be disregarded or ignored or just paid as a part of a cost of doing business,” Dreyfus said.

Dreyfus hopes the proposed amendments will become law in the final four weeks that Parliament will sit this year.

Any new penalties will not be retroactive and will not effect Optus or Medibank.

Citation:
Australia flags new corporate penalties for privacy breaches (2022, October 22)
retrieved 22 October 2022
from https://techxplore.com/news/2022-10-australia-flags-corporate-penalties-privacy.html
This document is subject to copyright. Apart from any fair dealing for the purpose of private study or research, no
part may be reproduced without the written permission. The content is provided for information purposes only.
Tags: personal information
Previous Post

Performing matrix multiplications at the speed of light for enhanced cybersecurity 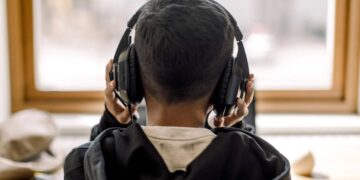 Autism Diagnoses May Be Seriously Underreported: What to Know

Share on PinterestSome experts suggest that all children should be screened for autism. Maskot/Getty ImagesResearchers say diagnoses of autism spectrum...