The US state of Texas filed a lawsuit against Google on Thursday, accusing the internet giant of harvesting large amounts of biometric data from people without their explicit consent, a claim rejected by the California-based company.

The suit accuses Google of collecting “millions of biometric identifiers,” such as voice and facial details, from users in Texas in violation of a state law, and profiting as a result, attorney general Ken Paxton said in a release.

“Google’s indiscriminate collection of the personal information of Texans, including very sensitive information like biometric identifiers, will not be tolerated,” Paxton said.

Google rejected the accusation, promising to “set the record straight” in court.

“AG Paxton is once again mischaracterizing our products in another breathless lawsuit,” Google spokesperson Jose Castaneda said in reply to an AFP inquiry.

Google Photos uses technology that groups similar faces to make it easier to find old pictures, but they are only visible to users and the feature is easily turned off, according to Castaneda.

“The same is true for Voice Match and Face Match on Nest Hub Max, which are off-by-default features that give users the option to let Google Assistant recognize their voice or face to show their information,” Castaneda said.

Conservative Republican Paxton has taken aim at tech firms in a slew of lawsuits, including a similar complaint against Facebook-parent Meta in February.

Without clear federal guidelines addressing how user data can be collected and used, several US states have passed their own rules, while states and consumer groups have filed multiple lawsuits on the matter.

Citation:
Texas sues Google over biometric recognition features (2022, October 21)
retrieved 21 October 2022
from https://techxplore.com/news/2022-10-texas-sues-google-biometric-recognition.html
This document is subject to copyright. Apart from any fair dealing for the purpose of private study or research, no
part may be reproduced without the written permission. The content is provided for information purposes only.
Tags: consumer groupsLawsuit
Previous Post

US regulator touts to ‘aggressively police’ crypto in new report

US airlines cheer travel boost from shift to hybrid work

US airlines cheer travel boost from shift to hybrid work 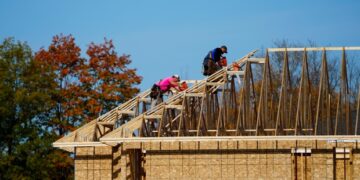 The federal government is expanding a pilot program which has provided hundreds of undocumented construction workers in the Greater Toronto...

Apple and Google app stores get thumbs down from White House