Should Mississauga remain a part of Peel Region? Crombie renews calls for split as she pushes for third term 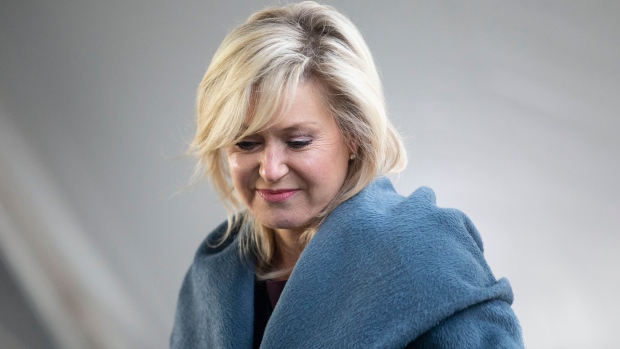 The City of Mississauga is turning 50 years old in two years. Created in 1974, the city west of Toronto has gradually evolved into a bustling metropolitan – the third largest in Ontario.

“We are not farmland and fruit trees as we were 50 years ago,” says mayoral incumbent Bonnie Crombie. “We are the economic engine of Ontario.”

And that’s why Crombie wants out of Peel Region, which was also established the same year Mississauga and Brampton were incorporated as cities.

It’s a proposal that has been brought up frequently over the years, including by Crombie’s predecessor Hazel McCallion.

But coming in the midst of a mayoral campaign, Crombie’s latest push for secession has grabbed some attention and is injecting some intrigue into a race which lacks a high-profile challenger.

Crombie says separating from Peel Region is long overdue. Since getting elected eight years ago, the 62-year-old has advocated for Mississauga’s independence, which she says will allow it to control its own “destiny” like other cities in Ontario, including its neighbour Toronto.

“This is because Mississauga is a mature standalone city. The other municipalities that are partners of the Region of Peel are at different stages in their growth and development,” she told CP24.com in an interview last week. According to the 2021 census, there are more than 717,000 residents in Mississauga.

For Crombie, ensuring fairness has been one factor that prompted her to push for independence, specifically how taxpayers’ money should be spent.

“I think we want to invest Mississauga taxpayer dollars directly back into our city. Our tax dollars should be invested to support our programs and services, which directly benefit our residents,” she said.

The Region of Peel oversees the delivery of several services in Mississauga, Brampton and Caledon. They include policing, paramedics, roads and traffic lights, running water, waste management, childcare and social services, and affordable housing.

She adds that her city will save money, an excess of $1 billion in 10 years, if it becomes its own city.

“So, if we cut red tape and reduce the duplication of services at the regional level, we can speed up development and get more affordable housing built.”

The Ford government did a review of regional governments in 2019 and decided not to change the current systems.

Crombie, however, is making a renewed push for independence as Mississauga residents prepare to head to the polls. She says the need to become independent had never been more evident during the height of the pandemic. Peel Region was a COVID-19 hot spot during the different waves of the pandemic, resulting in businesses closing.

She says Mississauga had lower case rates than the other regional municipalities, but the city was impacted because they all share one public health officer.

“We would have been open … if we were a standalone city with our own public health officer,” she said. “We have outgrown the two-tiered government and regional governance.”

While she does not have the power to make the exit happen, Crombie says she will keep pushing the provincial government to act on her request if she gets re-elected as mayor again.

“It requires political will at the province. As you know, I cannot make that decision. It is the will of the premier and the provincial government,” she said.

Andrew Sancton, professor emeritus of political science at Western University, does not see Mississauga leaving Peel Region anytime soon. He says the 2019 regional review was the city’s biggest opportunity to break off.

“A lot of people thought there’d be big changes following that,” Sancton said in an interview with CP24.com on Monday. “But the government never even released the report. And given that they went through all that in 2019 and did nothing, it’s hard for me to believe that they’ll turn around and do something.” 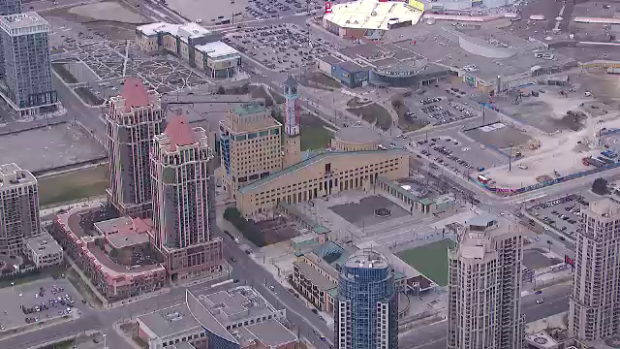 Seven other candidates are hoping to unseat Crombie. One of them is Derek Ramkissoon. The longtime business owner says Mississauga is due for a change at the mayor’s office.

“People want to see a person with vision. They want to see people who can think outside the box, a new face, a new vision,” he said. “And I think we bring that to the table to the city.”

Ramkissoon says his experience as an entrepreneur and his time volunteering at prisons, homeless shelters, and senior homes make him the best choice to become Mississauga’s next mayor. Speaking to CP24.com last week, he recounted talking to former mayor McCallion one afternoon and how she told him running the city like a business was her key to success.

“I would bring that same experience that I do in business to the city. With the right people around us, we can make the city a prosperous city.”

His election pledges include: freezing property tax during his first two years as mayor, investing funds in youth and children, working to reduce crime and attracting businesses and tourists through development.

When it comes to exiting Peel Region, Ramkissoon says he supports the move but notes that it should be done gradually.

“It’s not easy to do. But you need to get the process and procedures in place to do it. And we will work with those processes and procedures with all city council members to see how we can make it effective to do it,” he said.

“You just don’t want to pull out. You want to make sure that everything is done properly and you keep that relationship with your neighbours. And we will take that same approach, but we have a plan of how to do it.”

He also points to what happened during the pandemic as an example of why splitting with Peel should be done.

Ramkissoon adds that the city will continue to grow in the future, and it is time for Mississauga to go solo.

“We want to prepare ourselves to do it, but we’re going to need the resources to do it. I think we’re in a good position, bringing in better businesses, high paying jobs into the city,” Ramkissoon said. “We’re capable of doing it with people with good vision.”

All eyes on ward races

Beyond the mayoral race, in which Crombie is widely considered the frontrunner, the contest in Mississauga’s 11 wards is being closely watched, especially three of them.

The incumbents in Ward 2, 9 and 11 have decided not to seek re-election, meaning there will be three new faces in the next council term. A variety of candidates, from former members of Parliament to relatives of influential politicians, have thrown their names into the hat.

In Ward 2, eight candidates are running to replace the appointed councillor, Pat Mullin. She was the ward’s councillor for 29 years before retiring in 2014. Mullin was voted by council in February to fill the seat vacated by former councillor Karen Ras.

In 2018, Ras won 92.8 per cent of the vote in the ward, which includes the areas of Clarkson and Lorne Park. Ras resigned in January of this year due to “workplace issues,” which are believed to be connected to her car being keyed while parked in the city hall underground garage.

In July, Mississauga’s integrity commissioner found that Ward 6 Councillor Ron Starr was responsible for the incident. Starr, who is running for re-election, has repeatedly denied his involvement.

North of the city, 11 people are vying to replace longtime Ward 9 councillor, Pat Saito. She has been a member of city council since she was first elected in 1991. Saito is retiring after nine terms.

A McCallion could replace her in council. Former Mayor McCallion’s son, Peter, is among the candidates in the ward. Also on the ballot will be former Mississauga MPP Bob Delaney and school board trustee Nokha Dakroub.

Meanwhile, business owner Martin Reid is the one being endorsed by Saito to take over her seat. Reid was selected in 2020 as one of the members of Mayor Bonnie Crombie’s Black Caucus.

Meanwhile, six are hoping to become Ward 11’s new councillor. Incumbent George Carlson, who was first elected in 2000, has decided to call it a career.

Former Mississauga MP Brad Butt is one of the candidates running in the ward. He is facing business owner Imran Hasan, who finished second behind Carlson in 2018.

The other four candidates are Annurag Chawla, Kulbir Gill, Brian Rylance and Kushagr Dutt Sharma. (Click here to see all the candidates running for mayor, councillor and trustees in Mississauga.)

“I’m hoping for some young talent, diverse ideas, diverse people to come on council so we can better reflect the demographics of our city,” Crombie said. According to the 2016 census, 57.2 of the population in Mississauga identified as visible minorities. However, Ward 7’s Dipika Damerla is the only person of colour in council.

That’s why, Crombie says, it is important for residents to vote on Oct. 24 to elect the people they want to represent them.

“It’s vitally important to vote this election to give council a new mandate. We are the government that is closest to the people, and we can influence your lives. We build your neighbourhood,” she said.

“It’s vitally important that people exercise their civic duty, their democratic right and support the kind of government they want to see to help build the kind of neighbourhood and city that they want in the next 50 years.” 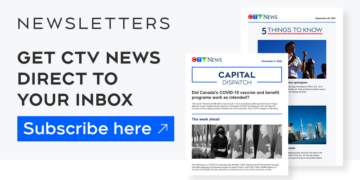 When "Asiya" first heard that the Canadian government had agreed to repatriate women and children from detention camps in northeast...

White House releases sweeping plan to push for rental affordability and tenant protections. Here’s how it could impact you.