A woman who was killed in Saanich, B.C., on Wednesday has been identified and a suspect has been charged with murder.

Court documents show Christopher Cathcart, born in 1986, who is also known as Christian Bird, has been charged with one count of second-degree murder in the death of Stephanie Elk.

Saanich police confirmed in a statement late Thursday that Cathcart had been charged. He appeared in court on Thursday and was held in custody pending another appearance Friday, police said.

Police did not name the victim in their statement, nor did they specify whether Cathcart was suspected in the second homicide that happened in Saanich Wednesday. Investigators have previously said the two killings appeared to be connected.

Thursday night, investigators said they believe there is “a relationship between Cathcart and one of the victims” and they “continue to investigate the circumstances of the other homicide.”

Saanich police and the Vancouver Island Integrated Major Crime Unit attended a home in the 3400-block of Bethune Avenue near Uptown shopping centre, where officers had cordoned off the entire street down to Rutledge Park.

Investigators could also be seen in a forested section of Blanshard Street, near Saanich Road, that was also behind police tape Wednesday afternoon.

“Investigators are satisfied that the two homicides had no connection to any of the residents of this neighbourhood, and that the occupants of the residence connected to the investigation were not involved in this tragic incident,” said Det.-Sgt. Damian Kowalewich in the statement Thursday night.

“We recognize and appreciate that this is a deeply disturbing event for Saanich residents and families, particularly the people directly involved and who live in this area,” Duthie said in the statement.

“Your safety is our highest priority, and we will continue to report for duty every day and night to ensure that residents and families of Saanich feel safe.” 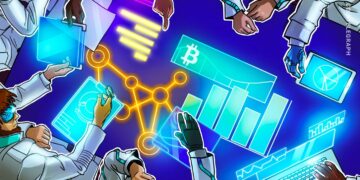 Bitcoin (BTC) may not be at a good value enough for a macro price bottom, according to analysis from CryptoQuant.In...