Rain returns to southern B.C. for 1st time in weeks as regions deal with impacts of drought

Many B.C. residents woke up Friday to what’s become an unfamiliar sight in recent weeks: rain.

It’s the first time some regions like Vancouver and Victoria have seen rain this month as a weeks-long drought has led to dry conditions and record-breaking high temperatures.

Showers are in Vancouver’s forecast for the next week, with the exception of Sunday during the daytime, according to Environment Canada.

Even though the shift in weather will be welcome for many, it may not bring enough precipitation to ease concerns in some communities.

The Sunshine Coast, for example, is only expected to see about a millimetre of rain by Saturday morning. That region’s main water reservoir has fallen to critically low levels, prompting a state of emergency.

Swimming pools, breweries, non-medical cannabis producers, businesses that bottle water, and those that transport and install concrete, cement and gravel were among those instructed to halt the use of potable water.

But the change in weather is expected to have an impact on the Lower Mainland’s smoky skies. An air quality advisory has been in place since last week due to wildfires in the region and stagnant weather.

“Improvements are being measured in parts of the region and will continue through this evening and into Friday,” Environment Canada’s update on the advisory said Thursday. 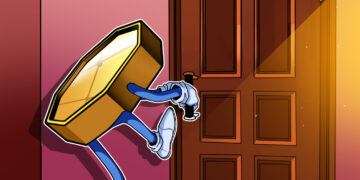 Anna Kendrick Says She Made Embryos With An Ex Before He Said He Had Feelings For Someone Else: ‘I Truly Dismantled My Life’