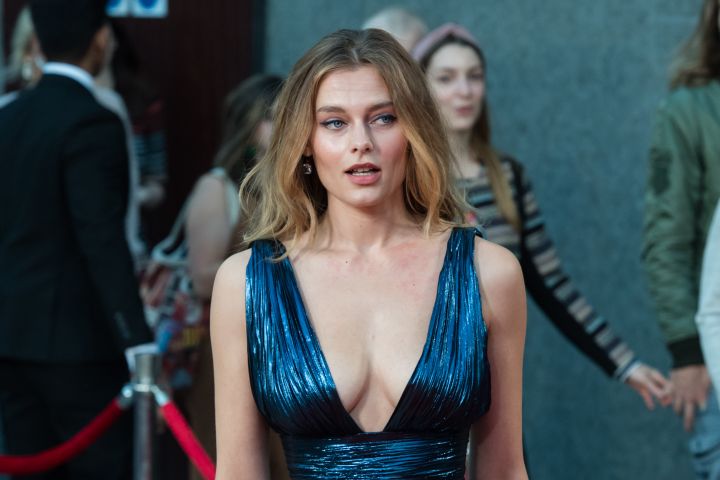 Salad-Gate continues to rage on, just after the spit-gate controversy had died down. Now, Jason Sudeikis’ ex, Keeley Hazell, is wading into the waters of online drama between the comedian, his other ex, Olivia Wilde, and their former nanny.

This latest chapter in the ever-evolving drama began when Wilde took to her Instagram story on Tuesday to post a choice excerpt of seeming significancefrom Nora Ephron’s 1983 autobiographical novel Heartburn.

The page she shared — which hints heavily at the main character’s failing marriage and plans to leave her husband, of which he is unaware — also includes a recipe for vinaigrette dressing.

This seemed to be in response to the viral uproar over allegations her and Sudeikis’ former nanny made in an interview with Daily Mail, which revolved around the dissolution of Wilde and Sudeikis’ relationship, and Wilde’s subsequent romance with Harry Styles. The nanny claimed that Sudeikis became infuriated after seeing Wilde prepare a salad for Styles with her “special dressing” in the family kitchen.

Hazell — who split from Sudeikis in May after dating for nearly a year — seemingly weighed in on Wilde’s book club selection by sharing an annotated look at her own copy of Heartburn — in fact, with essentially the same page that Wilde shared — with some key phrases underlined.

Many have interpreted Hazell’s post as a not-so-subtle dig at Wilde, or a commentary on how Wilde has been publicly handling her split from Sudeikis, who has largely remained quiet on the matter.

In the nanny’s interview — which was filed with what the former couple said were “false and scurrilous accusations” — she claimed the Ted Lasso star once tried to prevent Wilde from leaving to see Styles by lying underneath her car.

The nanny — who looked after the former couple’s children, Otis, 8 and Daisy, 6, for over three years — reiterated repeatedly that Sudeikis was particularly upset that Wilde was sharing her “special dressing” with the pop singer and future star of her film, Don’t Worry Darling.

Wilde and Sudeikis have staunchly denied the claims made by their former nanny in no uncertain terms.

“As parents, it is incredibly upsetting to learn that a former nanny of our two young children would choose to make such false and scurrilous accusations about us publicly,” the exes said in a joint statement shared with ET on Monday. “Her now 18-month long campaign of harassing us, as well as loved ones, close friends and colleagues, has reached its unfortunate apex. We will continue to focus on raising and protecting our children with the sincere hope that she will now choose to leave our family alone.”

For more on the relationship drama, check out the video below.

Statistics Canada says the number of job vacancies fell by 2.4 per cent in November to their lowest level since August 2021.The agency...