James Corden Won’t Talk About Restaurant Ban: ‘It’s Beneath All Of Us, Haven’t Done Anything Wrong’ 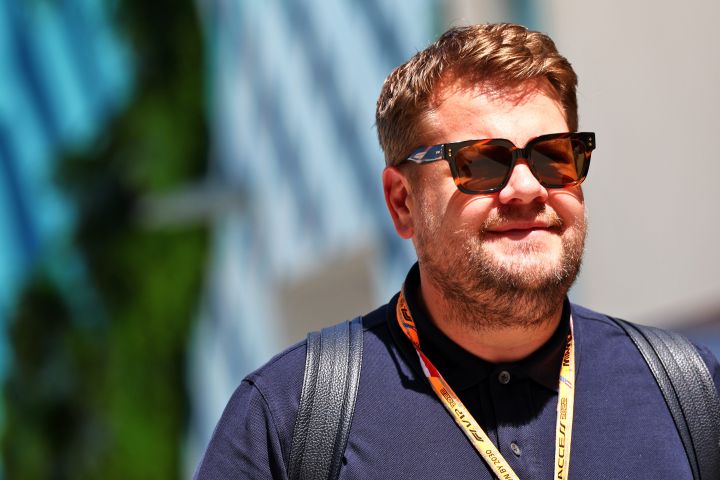 James Corden isn’t interested in speaking about that restaurant drama that emerged on social media this week.

Keith McNally recently announced on Instagram that he was banning Corden from his French brasserie restaurant Balthazar in New York City, before later admitting the “Late Late Show” host had apologized and all had been forgiven.

READ MORE:
James Corden ‘Apologized Profusely’ After Being Banned From NYC Restaurant For Being ‘The Most Abusive Customer’ To The Servers


The whole thing blew up on social media at the time, and Corden was asked about it while promoting his new TV series “Mammals” in an interview with the New York Times.

Corden insisted, “I haven’t done anything wrong, on any level. So why would I ever cancel this? I was there. I get it. I feel so Zen about the whole thing.


During the chat, the British star also pointed out that there was someone complaining about their meal right then and there, telling the reporter: “Happens every day. It’s happening in 55,000 restaurants as we speak. It’s always about eggs.”

He added, “Can you imagine now, if we just blasted her on Twitter? Would that be fair? This is my point. It’s insane.”

Before he later said that Corden had called him and “apologized profusely,” writing:

Sending 1.84 petabits of data per second via a fiber-optic cable over a distance of 7.9 km

Sending 1.84 petabits of data per second via a fiber-optic cable over a distance of 7.9 km

Compact transmitter and receiver for long-range communications above 100 GHz. Credit: Sen et al. After the introduction of the fifth-generation...

U.S. job growth seen slowing to 180,000 in December, but that’s still too much for the Fed

Quark Offers Up To 45% Off On Polar Adventures