‘Is this me?’: Ontario woman gets new health card with photo of unknown man 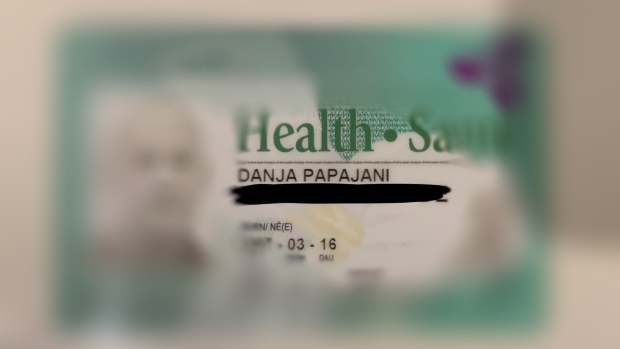 Danja Papajani had just come home from an errand on Monday and was relieved to find the mail she had been waiting weeks for had finally arrived.

“I went to go check the mail, and I saw the ServiceOntario envelope. And I thought, wonderful. This is my new health card,” Papajani said in an interview with CP24.com.

The 25-year-old had been expecting to receive her new health card since she applied for renewal at the end of August, as she needed it to renew her passport. But relief suddenly turned to confusion as soon as she opened the envelope.

Her new health card didn’t have her photo. It had a man’s photo.

“Initially, I thought, ‘is this me?’ I thought maybe it was the fading of the card, which made me look so awful,” she said. But after taking another look, it dawned on her that the photo was not of her. She didn’t know the man.

She adds the signature on the card is also not hers, but other details, including her health card number and date of birth, are correct.

“I thought it was me. I realized it wasn’t. And then I laughed,” Papajani recalled. She says she immediately told her family about the card and shortly after shared it on her Instagram.

“A lot of my friends messaged me, and they commented about how funny it was, and one of them said, ‘you should post this on TikTok. I think it would do really well. It’s a really funny video,'” she said.

In the video, she is heard saying, “Who is this?” as she points the camera to the card.

“Who is that on my new health card? Who is this man?”

In the comments, people are making jokes that the person in the photo was actually her. “Thats (sic) you. Thats (sic) how the world sees you Hun. Your true character. Your (sic) beautiful,” one user says.

“Service Ontario was trying out some filter,” another one jokes.

Since posting the TikTok, she says no one has come forward to identify the man in the photo.

Papajani says she is unsure what happened when her card was processed. She believes it’s because she renewed it online.

“A lot of people were also commenting something like ‘how does this happen?’ They take the photo right there,” she said, referring to how your picture is taken when you apply for a card at a ServiceOntario location.

“How it happened is that I renewed it online, and I didn’t take the photo right there. So that’s probably had something to do with it.”

In a statement, a spokesperson for the Ministry of Public and Business Service Delivery said ServiceOntario is investigating the matter “to ensure that it doesn’t happen again and are getting in touch with the affected individuals to rectify the situation.”

While she is a little bit irritated that she needs to go back to a ServiceOntario Centre to get it sorted, Papajani is understanding of the mistake.

“I don’t think it is a huge issue. It’s clearly a clerical mistake and I am under the impression that once I go to ServiceOntario and I give them the health card that it won’t take long for them to rectify it,” she said.

“I will take it for this laugh. I think the laugh was worth it for me and hopefully for everyone else who saw the TikTok.”

As to when she plans to go to a ServiceOntario office, Papajani says probably in two weeks.

“My fear is that they’ll take this, the card for me. I mean, I’m sure they will because it’s invalid. So that’s my fear of going,” she said. “So I kind of like to hang on to it a little bit longer before I go back and they issue me a correct card.”

$133 million is up for grabs in tonight’s Lotto Max draw. Here is everything you need to know about the near-record prize.

‘Clinging to the middle’: Experts expect Tory headed to re-election in Toronto

'Clinging to the middle': Experts expect Tory headed to re-election in Toronto 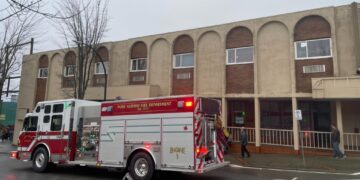 A fire in a converted hotel in Port Alberni displaced the residents of 20 homes Saturday morning. Port Alberni Fire...