Industry minister on Canada-U.S. Nexus dispute: ‘Should be an easy one to resolve’ 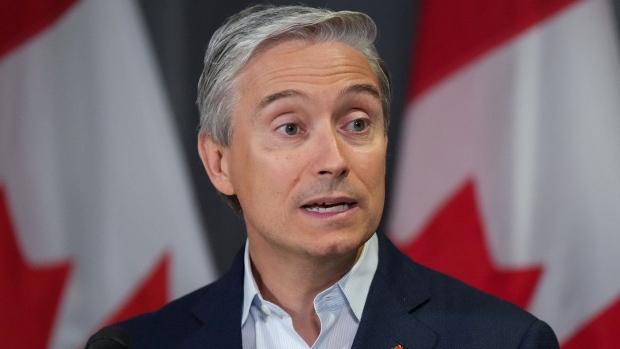 WASHINGTON – Canada’s clash with the United States over the Nexus trusted-traveller program should be resolved well before the president and prime minister meet in December, Industry Minister Francois-Philippe Champagne said Friday.

Champagne, who was in Washington, D.C., to meet with Commerce Secretary Gina Raimondo, said he raised the issue with his U.S. counterpart as an example of a situation that would be in the interest of both countries to solve promptly.

“If I look at the challenges that we’re facing, I would say this should be an easy one to resolve, because after all, this is about making sure that the border is as fluid as possible,” he told a news conference.

“I certainly hope that we can resolve this issue way before the president and the prime minister (meet). I think there’s an understanding on both sides that what we want at this time is fluidity.”

Prime Minister Justin Trudeau is expected to sit down with President Joe Biden when the two leaders meet with Mexican President Andres Manuel Lopez Obrador at the so-called Three Amigos summit in Mexico City in December.

A face-to-face between Trudeau and Biden could come sooner than that, however: Biden has yet to make his long-promised, oft-delayed first visit to Canada since becoming president. White House officials have refused to say when that trip might take place.

While Nexus enrolment centres in the U.S. have been open since April, the 13 centres in Canada have remained closed since the onset of the COVID-19 pandemic in 2020.

That’s because Customs and Border Protection won’t send U.S. agents to staff them unless they get the same measure of legal protection agents currently have at ports of entry like airports and the Canada-U.S. border.

Kirsten Hillman, Canada’s ambassador to the U.S., raised eyebrows last week when she said the Nexus program was being “held hostage” as part of a unilateral U.S. effort to renegotiate the terms of the agreement.

She went further, calling the U.S. tactics “heavy-handed” and out of character with what has otherwise been a cordial and co-operative relationship with Canada.

Champagne refused to say whether Raimondo was receptive to his concerns about the Nexus program.

“We want to be competitive, we are in a time of high inflation,” he said.

The dispute is probably a minor one in the context of Canada’s efforts over the course of the last year to persuade the U.S. to abandon its plans for a tax-incentive scheme for electric vehicles that would have excluded Canadian-made cars and trucks.

Those efforts paid off in August when Biden signed into law the Inflation Reduction Act, a multibillion-dollar tax, climate and health spending package that incentivizes not only Canadian-made EVs, but those with batteries made with critical minerals from trade-friendly countries, including Canada.

Canada also stands to benefit from the CHIPS Act, a new U.S. law designed to help develop a more resilient supply chain and manufacturing base for semiconductors and wean the world from its dependence on China.

“It’s in the U.S.’s best interest to make sure that both Canada and the U.S. remain competitive, because if you want resilience in the supply chain, you need Canada to be part of the equation – there’s no there’s no way around that,” he said.

“In everyone’s mind, Canada’s part of the equation.”

This report by The Canadian Press was first published Oct. 21, 2022. 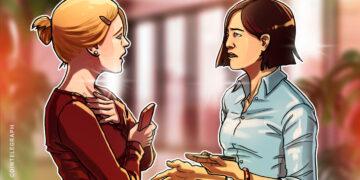 The crypto community continues to be bombarded with rumors and conspiracy entering into the fifth day of FTX’s fall.From reports...

Boy, 11, dies after being struck in the head with scooter: N.B. RCMP