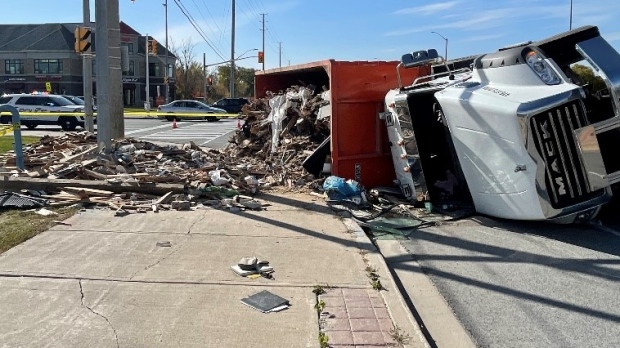 The driver of a dump truck has been taken to hospital in life-threatening condition after the vehicle tipped on its side at a Brampton intersection Friday morning.

According to Peel Regional Police (PRP), the incident occurred just before 9:30 a.m. at The Gore and Castlemore roads. They said, at this time, they have no details of what led the truck to tip.

There were no other vehicles involved, investigators say, and no other injuries occurred.

Officials say roads in the area will be closed for some time.

COLLISION/ROAD CLOSURES
– The Gore/ Castlemore Rd #Brampton
– Dump truck tipped over
– Driver taken to trauma centre in life-threatening condition
– No other vehicles involved
– No other injuries
– Ministry of Labour is attending the scene
– Road closures in effect (1/2) pic.twitter.com/YjGUqmRxQP

$133 million is up for grabs in tonight’s Lotto Max draw. Here is everything you need to know about the near-record prize.

$133 million is up for grabs in tonight's Lotto Max draw. Here is everything you need to know about the near-record prize. 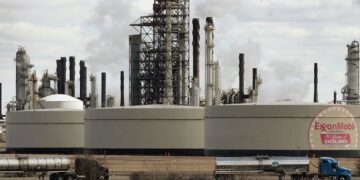 Why Exxon or Chevron may want to swoop into Europe and buy a rival, Citi analysts say

There’s been a pretty good run in the stock market, at least when the exchanges are functional. Nomura’s Charlie McElligott...

Buttigieg finds himself in the spotlight for better or worse

Bank of Canada Kicks off 2023 with Another Interest Rates Increase