by author
in Engineering, Machine learning & AI
Reading Time: 4 mins read
0 0
A A
0

One natural disaster can knock out electric service to millions. A new study suggests that back-to-back disasters could cause catastrophic damage, but the research also identifies new ways to monitor and maintain power grids.

Researchers at The Ohio State University have developed a machine learning model for predicting how susceptible overhead transmission lines are to damage when natural hazards like hurricanes or earthquakes happen in quick succession.

An essential facet of modern infrastructure, steel transmission towers help send electricity across long distances by keeping overhead power lines far off the ground. After severe damage, failures in these systems can disrupt networks across affected communities, taking anywhere from a few weeks to months to fix.

The study, published in the journal Earthquake Engineering & Structural Dynamics, uses simulations to analyze what effect prior damage has on the performance of these towers once a second hazard strikes.

Their findings suggest that previous damage has a considerable impact on the fragility and reliability of these networks if it can’t be repaired before the second hazard hits, said Abdollah Shafieezadeh, co-author of the study and an associate professor of civil, environmental and geodetic engineering.

“Our work aims to answer if it’s possible to design and manage systems in a way that not only minimizes their initial damage but enables them to recover faster,” said Shafieezadeh.

That means while communities would certainly suffer some setbacks in the event that a hurricane precedes an earthquake, a situation wherein an earthquake precedes a hurricane could devastate a region’s power grid. Such conclusions are why Shafieezadeh’s research has large implications for disaster recovery efforts.

“When large-scale power grid systems are spread over large geographic areas, it’s not possible to carefully inspect every inch of them very carefully,” said Shafieezadeh. “Predictive models can help engineers or organizations see which towers have the greatest probability of failure and quickly move to improve those issues in the field.”

After training the model for numerous scenarios, the team created “fragility models” that tested how the structures would hold up under different characteristics and intensities of natural threats. With the help of these simulations, researchers concluded that tower failures due to a single hazardous event were vastly different from the pattern of failures caused by multi-hazard events. The study noted that many of these failings occurred in the leg elements of the structure, a segment of the tower that helps bolt the structure to the ground and prevents collapse.

Overall, Shafieezadeh said his research shows a need to focus on re-evaluating the entire design philosophy of these networks. Yet to accomplish such a task, much more support from utilities and government agencies is needed.

“Our work would be greatly beneficial in creating new infrastructure regulations in the field,” Shafieezadeh said. “This along with our other research shows that we can substantially improve the entire system’s performance with the same amount of resources that we spend today, just by optimizing their allocation.”

Rethinking a waste product of the timber processing industry 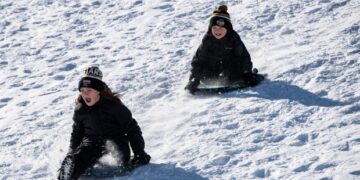 ‘What are we going to do? Give little Johnny or Suzy a ticket?’ Oshawa eyes tobogganing ban for most parks

Tobogganing could soon be banned at all but two parks in Oshawa, a move that one city councillor says would...