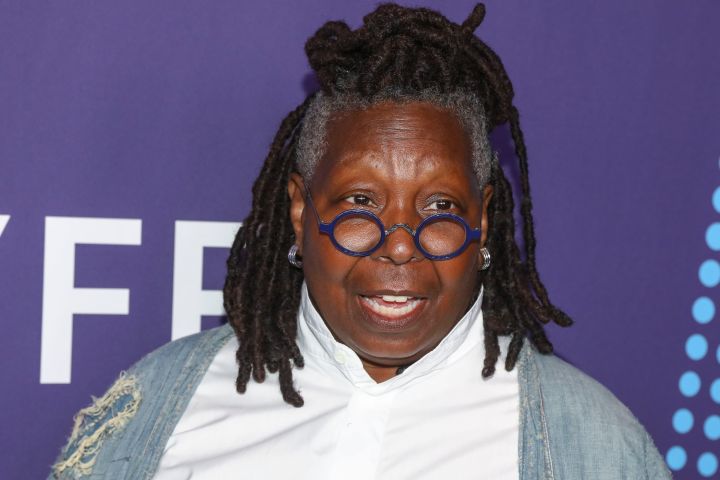 Whoopi Goldberg criticized Meghan Markle’s comments about her time on “Deal or No Deal” on Wednesday’s “The View”.

Goldberg pointed out that the objectification that Markle had been feeling could have been coming from her and how she “felt about how these women were being portrayed.”


She insisted, “When you’re a performer, you take the gig.

“You take the gig. Sometimes, you’re in a Bozo suit, sometimes you got a big nose, and this is just the way it is.”

MEGHAN MARKLE FELT OBJECTIFIED ON ‘DEAL OR NO DEAL’: Markle looked back at the beginning of her career in show business and admits being conflicted about her time as one of the briefcase-opening assistants on the game show — #TheView panel weighs in. https://t.co/cVclFZyKV0 pic.twitter.com/28ZhCR3DZN

Goldberg went on, “We’re not journalists. We’re actors. We’re trying to get to another place.”

“I feel bad because I don’t think that people were looking at these girls like this, I think people want the money.”


As the panellists then voiced their opinions, with Joy Behar questioning why it’s always a glamorous female opening the box, Goldberg concluded: “My point is if you see it, and that’s how you feel, just maybe you don’t want to make the other women feel bad because maybe they’re trying to make a living, too.”

Markle starred on the show back in 2006 and said during the latest episode of her “Archetypes” podcast that working on it made her feel “not smart” so she ended up quitting.

Markle also said she was told to “suck it in” before filming started, and suggested the girls had to pad their bras, wear lashes and were given spray-tan vouchers each week so they could look a certain way.

Breaching the U.S. debt ceiling would be a ‘disaster’ for Americans, expert says, as possible showdown looms if Republicans win midterms

Breaching the U.S. debt ceiling would be a ‘disaster’ for Americans, expert says, as possible showdown looms if Republicans win midterms

The Rogers Centre’s facelift is in full swing. Here’s what the stadium looks like right now

The Toronto Blue Jays are giving fans a peak inside the Rogers Centre, which is in the midst of its...

Philosophers have studied ‘counterfactuals’ for decades. Will they help us unlock the mysteries of AI?