Wherever they would go for a hike, Nicala Hicks and Dennis Stacey would inevitably find their happy place.

Although they couldn’t afford the time or expense of ever getting married, the couple would strive to stay connected through nature.

Until the hike the other day, when Dennis felt so breathless, his chest so tight, he went to emergency.

“They were surprised I had walked in there,” Dennis laughs. “They thought I should probably have died.”

It turns out there’s a tumour cutting off 98 per cent of the blood flow between Dennis’s heart and lungs. He was told it was likely aggressive cancer and definitely too risky to remove.

“That’s when you start seeing the darkness seeping towards you,” Dennis says.

Especially when everything you had planned to do with your family during a seemingly endless series of tomorrows is suddenly cancelled by being placed in palliative care today.

“As a dad, you need to look your kids in the eye and tell them all the things you need to tell them,” Dennis says. “And say goodbye.”

And then you turn to your partner for the past 14 years and propose.

“I said, ‘I think we should get married,’” Dennis says, smiling at Nicala from his hospital bed.

“She was like, ‘Absolutley!’ And ran out the door.”

Dennis says he didn’t know where Nicala went. “When she came back, there was a wedding.”

Thanks to help from a nurse going above and beyond, within three hours they had found a minister, bought a marriage licence at a drug store and borrowed golden gowns from the mental health unit.

Then, surrounded by a handful of friends and family in a hospital courtyard, with others watching from across the country on Zoom, Nicala and Dennis exchanged vows.

When I ask why they didn’t get married years sooner, Dennis replies: “We just thought we had time. You don’t. So we did.”

Their guests started a GoFundMe to support the family.

Before they said ‘I do,’ Dennis’s doctor unexpectedly whispered in his ear: “I think I can find a way to do the surgery.”

“He came and gave that to me for my wedding gift.”

Dennis says it’s a long shot, but there is now hope.

Now as Nicala and Dennis spend their honeymoon in the hospital, they say they’re grateful to know that no matter what happens next, their family has learned you can transform the worst days of your life into the most beautiful.

“If this hadn’t happened we would be so blind to all of the things that are right in front of us that are so beautiful that we’re missing,” Nicala says.

“Say ‘I love you.’ Say ‘I forgive you,’” Dennis says with tears welling. “Before you know it, you’re lifted up by it and you’re living in pure light and joy.” 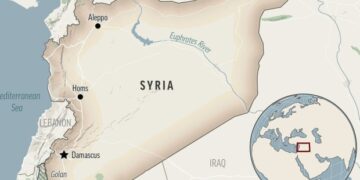