Two people are in hospital after being shot in a vehicle in Vaughan overnight.

York Regional Police were called to an address on Weston Road, between Highway 7 and Chrislea Road, shortly after 3 a.m.

Both victims were subsequently transported to hospital. There is no word on their condition so far.

There was a large police presence in the area because of the shooting, but the scene has since cleared.

There’s no word so far on possible suspects. 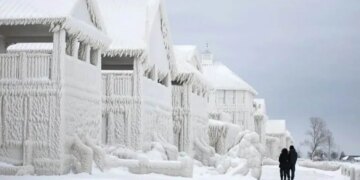 Crews that have been dealing with the snow and ice that hit For Erie before Christmas are being met with...