by author
in Automotive, Business
Reading Time: 3 mins read
0 0
A A
0

Standards for energy efficiency and CO2 emissions in the automotive industry appear not only to be an instrument to steer for lower emissions, but are also an important driver of innovation. That is according to empirical research in economics journal ESB by the Netherlands Environmental Assessment Agency (PBL) and Tilburg University into over 34 thousand patents registered by more than 3,600 patent holders in the automotive industry between 2000 and 2016.

The number of electric cars on the road worldwide has exploded from 17,000 in 2010 to 10 million by 2020. It is well known in the economic literature that standards drive the adoption of sustainable technology. However, economists Rik Rozendaal and Herman Vollebergh (Tilburg School of Economics and Management) find in new research that standards additionally have a major influence on the development of new technologies that has rarely been recognized.

Rozendaal and Vollebergh compared for the first time the influence of CO2 emission standards, fuel prices, excise taxes and subsidies on the registration of patents on technology for electric vehicles, hydrogen cars and the internal combustion engine. Innovations in electric motors and fuel cells (breakthrough technologies) rose sharply in the years around 2010.

The study shows a global trend in which patent applications for green technology spike after governments announce stricter standards. The authors hypothesize that a factor in this is that standards are usually announced longer in advance so that manufacturers can anticipate them. With fluctuating fuel prices and changing excise taxes, this is not the case.

To determine the effect of standards, Rozendaal and Vollebergh developed a “strictness index.” The greater the challenge of a new standard relative to a car’s average emissions or efficiency, the more stringent the standard is. Manufacturers are more likely to invest in new research if the standard is more difficult to meet with existing technology. R&D subsidies and fuel prices were found to have much less effect on green innovation by car manufacturers.

That standardization turns out to be an effective instrument to stimulate innovation is relevant for the formulation of Dutch innovation and climate policy. Innovation subsidies are now often provided untargeted via the Innovation Box and the WBSO. At the same time, climate policy is primarily focused on the adoption of existing technology but not the development of new technology. “Standardization serves both purposes. Standards are much more important than is often thought,” concludes Herman Vollebergh. Standardization is more than a useful complement to pricing and subsidization.

Provided by
Tilburg University
Citation:
Standardization is an underestimated driver of breakthrough technologies (2022, October 20)
retrieved 20 October 2022
from https://techxplore.com/news/2022-10-standardization-underestimated-driver-breakthrough-technologies.html
This document is subject to copyright. Apart from any fair dealing for the purpose of private study or research, no
part may be reproduced without the written permission. The content is provided for information purposes only.
Tags: electric motorselectric vehiclesfuel pricespatent applicationsstandardization
Previous Post

Olivia Wilde ‘Wanted’ Harry Styles To Think Her Relationship With Jason Sudeikis Had Been ‘Over For A Long Time’ When They Met, Ex-Nanny Says

Olivia Wilde ‘Wanted’ Harry Styles To Think Her Relationship With Jason Sudeikis Had Been ‘Over For A Long Time’ When They Met, Ex-Nanny Says 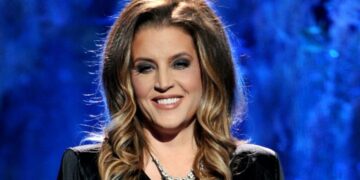 Lisa Marie Presley was honoured at Graceland, her father Elvis Presley‘s former home, in Memphis, Tennessee, on Sunday, and many of...