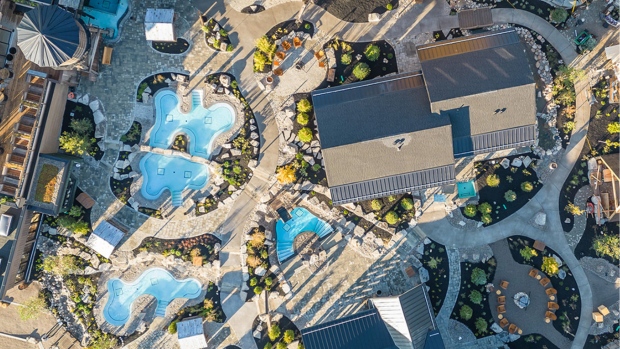 A brand new spa village near Toronto is temporarily closing its pools after a potential ‘health hazard’ was detected in a recent inspection.

On Thursday, the Thermëa Spa Village in Whitby, Ont. announced it has closed its pools after receiving notice from Durham Public Health that pseudomonas and staphylococcus bacteria, known as staph, were found in the saltwater pool called Källa.

The spa just opened earlier this month on Oct. 6, and it was notified about the bacteria just over a week later on Oct. 14.

“We took immediate action, closing the pool and hiring a team of water experts to conduct a full investigation,” CEO and owner, Martin Paquette, said in a news release.

Following a thorough investigation, Paquette says the source of what caused the infection was a “malfunction of our UV lamps and bromine disinfectant.”

While the rest of the pools were considered safe, the spa made the choice to close them all so it could “effectively do a full audit of the installations.”

Staph is found on the skin and can range from minor skin infections to life-threatening illnesses if it gets into a person’s blood – it can even lead to sepsis or death, according to the Centers for Disease Control and Prevention (CDC).

According to Paquette, some guests have experienced some of its symptoms.

“We are devastated to hear that this has been your experience of our village,” Paquette said. “Please be assured that we took every step we could to ensure that the pool was fully inspected, approved and certified by public health authorities, and regularly tested and staffed by experts.”

The pools will stay closed until Paquette has “the absolute confidence that our water calibration systems work perfectly for the entire site.”

How long will the bear market last? Signs to watch for a crypto market reversal

How long will the bear market last? Signs to watch for a crypto market reversal

Italy arrests No 1 fugitive Mafia boss, 30 years on the run

U.S. economy ended 2022 on solid footing, GDP to show. But a recession might loom.