Elon Musk on Wednesday said he is “excited” about taking over Twitter, expressing enthusiasm even though he’s spent months trying to break free of the $44 billion buyout contract.

A US judge early this month suspended litigation in the saga over Musk’s proposed takeover of Twitter, giving the parties until October 28 to finalize the on-again, off-again megadeal.

Twitter had filed a lawsuit to hold Musk to the terms of the deal he inked in April after the Tesla chief sent word he was terminating the contract.

“I think it’s an asset that has just sort of languished for a long time but has incredible potential, although obviously myself and the other investors are overpaying for Twitter right now.”

Musk added that he believes Twitter has potential to be worth “an order of magnitude” more than it is now.

Delaware Judge Kathaleen McCormick granted a request by Musk to freeze the case despite bitter opposition from Twitter, and said that a trial originally set for this week could be rescheduled for next month if a deal is not finalized.

With trial on Twitter’s breach-of-contract suit against Musk looming, the unpredictable billionaire had done an about-face, reviving his takeover plan on condition the court halt the lawsuit against him.

Musk began to step back from the Twitter deal soon after it was agreed, and said in July he was canceling the purchase because he was misled by Twitter concerning the number of fake “bot” accounts, allegations rejected by the company.

Twitter, meanwhile, has sought to prove Musk was contriving excuses to walk away—simply because he changed his mind.

Musk’s potential stewardship of the influential social media site has sparked worry from activists who fear he could open the gates to more abusive and misinformative posts.

Citation:
Musk says he’s ‘excited’ about buying Twitter, but overpaying (2022, October 20)
retrieved 20 October 2022
from https://techxplore.com/news/2022-10-musk-twitter-overpaying.html
This document is subject to copyright. Apart from any fair dealing for the purpose of private study or research, no
part may be reproduced without the written permission. The content is provided for information purposes only.
Previous Post 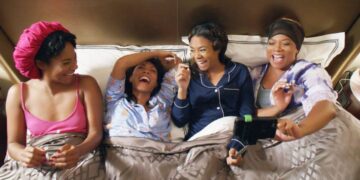 It looks like the highly anticipated “Girls Trip” sequel is heading to Ghana!Writer-director-producer Tracy Oliver, who co-wrote the 2017 hit with filmmaker and producer Will...

Coating provides radiation barrier for perovskites in space, protection from elements on Earth