The man accused of stabbing Const. Shaelyn Yang to death in Burnaby, B.C., this week was wanted on a warrant for a previous assault charge, court documents show.

The warrant for Jongwon Ham was issued after the 37-year-old failed to appear in court on Friday. The previous allegations, which also include resisting arrest, stem from an incident in March.

Homicide investigators have said Yang, who was a member of the Burnaby RCMP’s mental health and homeless outreach team, and a bylaw officer had approached a man camped out at Broadview Park on Tuesday to inform him he would have to leave.

“They weren’t there to remove him at the time, they were just there to notify him of that,” Sgt. Timothy Pierotti of the Integrated Homicide Investigation Team said Wednesday.

Pierotti couldn’t confirm whether Yang knew she would be dealing with Ham when she went to the park, or if she was aware of his warrant.

“She was performing her regular duties. We often get called to assist the city with going and speaking to people in encampments or any kind of transient camp. We don’t always know who it is,” Pierotti said.

“She was not there to execute the warrant.”

8 tips for saving on your home heating this winter

8 tips for saving on your home heating this winter 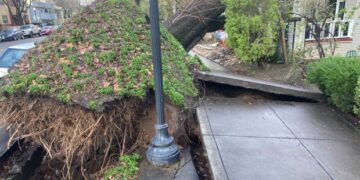 Despite inflation slowing in December, Bank of Canada still expected to hike rates

Canadian, back home from Ukraine, shares harrowing stories of life on the front lines