A joint funeral is underway in Barrie, Ont. for the two South Simcoe police officers gunned down inside a home north of Toronto home last week.

Hundreds of officers from police services across the nation participated in a funeral procession for Constables Morgan Russell and Devon Northrup Thursday morning.

The procession began at around 9:20 a.m. and travelled from the Adams Funeral Home and the Steckley-Gooderham Funeral Home to the Sadlon Arena for the joint and private funeral in Barrie.

Several of road closures were in effect this morning for the procession, which members of the public were welcome to watch along the route.

Members of the Toronto Police Service attended the procession, including Chief James Ramer who said it was important for the service to pay their respects. 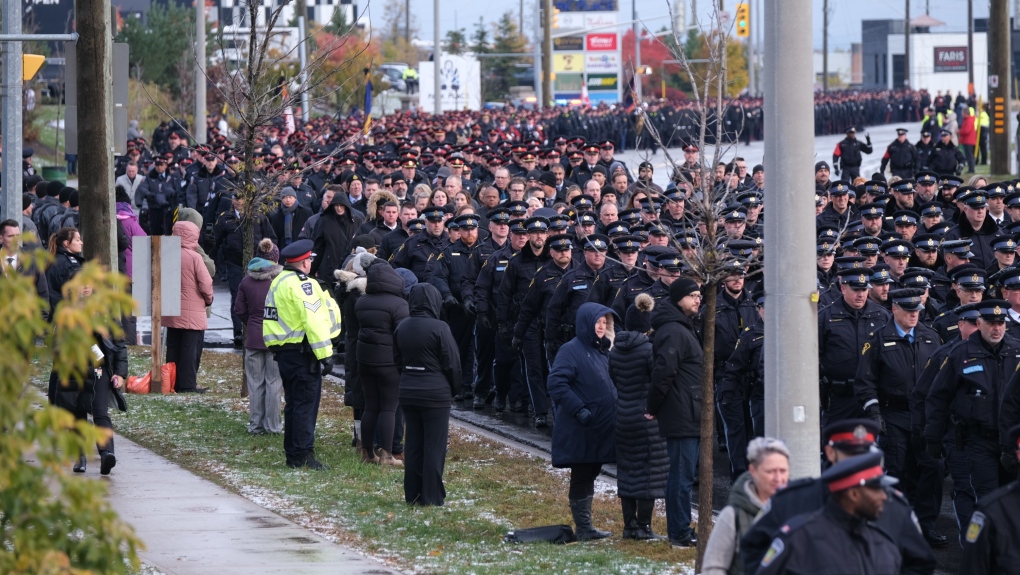 
Ramer along with thousands of members from police services across the nation gathered in Toronto for a procession and funeral for slain Toronto police Const. Andrew Hong last month.

Hong was one of three victims fatally shot by a gunman in a shooting spree that spanned the Greater Toronto Area.

Hundreds of officers greeted the caskets when they arrived at the Sadlon Arena. 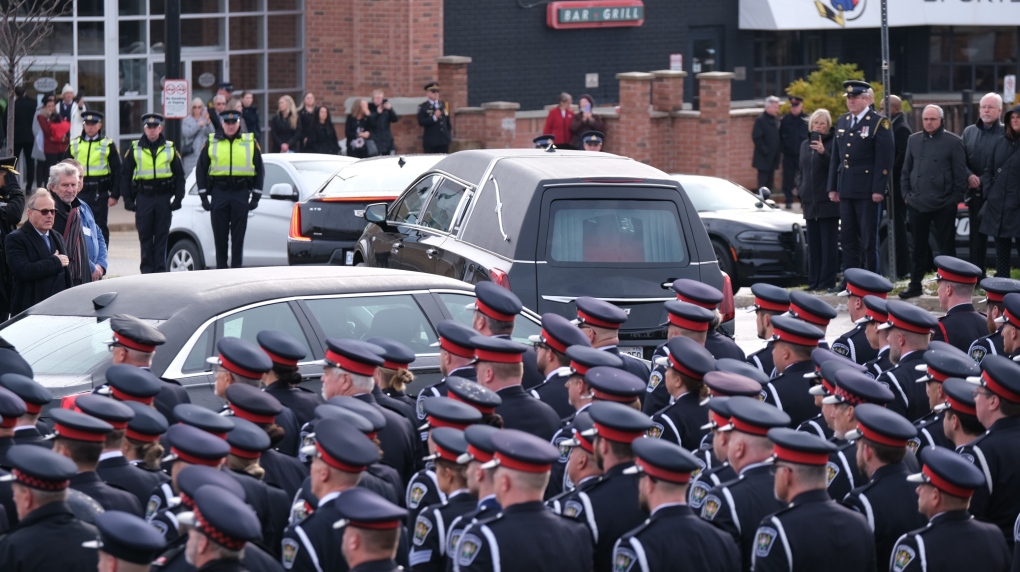 The funeral began shortly after 11 a.m. and is not open to the public.

The service will be attended by the families of Constables Russell and Northrup, Lieutenant Governor of Ontario Elizabeth Dowdeswell, Ontario Premier Doug Ford, members of the South Simcoe Police Service and representatives from other police services, emergency services personnel and officials.

Ford said he met Const. Northrup once and that he was a sincere and funny person who lit up every room he was in.

“I had the honour of meeting Devin once and I have a picture of both of us together that means so much to me. And although his time as an officer was cut tragically short Devin left a legacy to be proud of,” Ford said at the service.

Northrup, 33, had six years of service with South Simcoe Police and is survived by his partner and parents.

Russell, 54, was a 33-year veteran of the service and is survived by his wife and two children.

The EU is racing to compete with the United States and China to avoid businesses relocating to Asia or North...