Elon Musk says Tesla will be bigger than Apple. Analysts say not so fast

Elon Musk sees Tesla Inc. becoming bigger than the combined valuation of Apple Inc. and Saudi Aramco one day. Wall Street is saying, not so fast.

The electric-vehicle maker reported lackluster third-quarter results on Wednesday, with revenue and margins missing estimates even as profit beat. This is the first time the company missed revenue estimates since the third quarter of 2021, data compiled by Bloomberg show. Chief Executive Officer Musk also said demand was a “little harder than it would otherwise be,” due to downturns in China and Europe.

“We remain cautious on valuation, particularly in the context of lofty unit volume growth expectations, and continue to see material downside risk to our December 2023 price target,” JPMorgan analyst Ryan Brinkman wrote in a note.

Tesla, which was briefly a part of the trillion-dollar valuation group, currently has a market capitalization of $667 billion. Apple has a $2.3 trillion value, while Saudi Aramco’s stands at roughly $2.1 trillion.

As the US consumer gets squeezed between high inflation and rapidly rising interest rates, investors are keeping an eye on demand for discretionary items and big-ticket purchases like a car this earnings season. After Tesla earlier this month reported third-quarter deliveries below expectations, analysts and investors have been watching for any signs of cracks in demand.

Risks to demand is an especially fraught concern for Tesla because of its rich valuation that is heavily dependent on the company’s future growth potential. Tesla’s stock trades at 48 times its forward earnings, compared to the S&P 500 Index’s 17 times.

“Tesla stock is predicated on a growth-valuation framework, for which access to low-cost capital is a key input,” BofA analyst John Murphy wrote in a note to clients, adding that the shares may already be priced fairly, especially considering market volatility.

Still, while valuation may be held back in the near term because of global economic turmoil, ongoing supply-chain and logistical problems, and high raw material prices, analysts largely maintained their longer-term bullish outlook for Tesla.

“While Tesla is not insulated from a downturn, we believe its growth and margins could be much more resilient than the rest of the industry in a recession globally,” Deutsche Bank analyst Emmanuel Rosner said, even as he lowered the price target on the stock to $355 from $390.

Citation:
Elon Musk says Tesla will be bigger than Apple. Analysts say not so fast (2022, October 20)
retrieved 20 October 2022
from https://techxplore.com/news/2022-10-elon-musk-tesla-bigger-apple.html
This document is subject to copyright. Apart from any fair dealing for the purpose of private study or research, no
part may be reproduced without the written permission. The content is provided for information purposes only.
Tags: analystslogistical problemsprice target
Previous Post 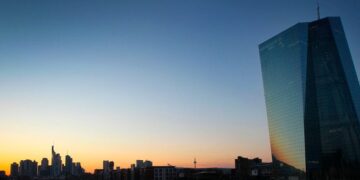 Goldman Sachs economists no longer expect a recession in Europe

Bring out the bubbly. It no longer looks like Europe’s going to enter a recession, according to Goldman Sachs economists.Economists...

Travelling to Mexico? One expert’s advice for Canadians heading abroad

India to raise spending on job creation ahead of election