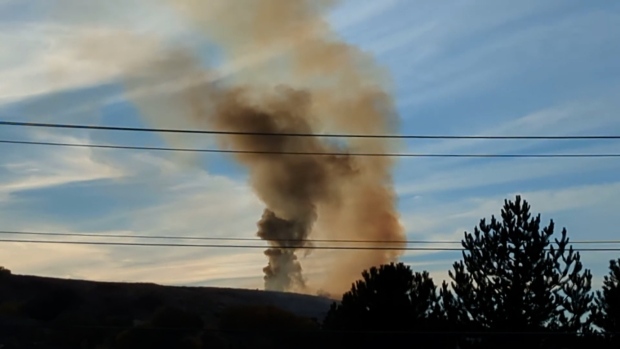 (CNN) — A pilot has been safely recovered after an F-35 combat aircraft crashed at the Hill Air Force Base south of Ogden, Utah, Wednesday, according to the 388th Fighter Wing.

The F-35A Lightning II crashed around 6:15 p.m. local time at the north end of the base’s runway, the wing said on social media. No one on the ground was injured, authorities said.

“The pilot ejected, was recovered and has been taken to local medical center for observation,” Hill Air Force Base tweeted. No further details were available on the pilot’s condition.

The cause of the crash is unknown and will be investigated, the wing said.

The pilot was on his way back to Hill Air Force Base from a routine training mission recovery when he ejected from the jet, Colonel Craig Andrle, commander of the 388th Fighter Wing, said at a news conference.

Videos from the scene showed a large plume of smoke coming from the Air Force base after the military plane crashed.

The crash ignited a fire that spread about eight to 10 acres in size, according to a tweet from Utah Fire Info. Crews were able to extinguish the blaze, authorities said.

Nearby resident Scott Phillips told CNN he saw the plane go down.

“I was at my home …. mowing the lawn and watching the F-35 come in for landing as they do basically every night. We love watching them leave and come home,” Phillips said.

“They land generally towards the south as they did today. On approach, one appeared to lose power and dipped too low below the trees. Next thing I saw was fire.”

Hill Air Force Base is an Air Force Materiel Command base, according to its website. It is the Air Force’s second largest base by population and geographical size.

“Flying military aircraft is a risky business that we all accept when we go do it. And these things happen,” Andrle said. “And so tonight, first and foremost, we’re thankful that he’s okay. He got out of the aircraft. We’re thankful that nobody on the ground was injured.” 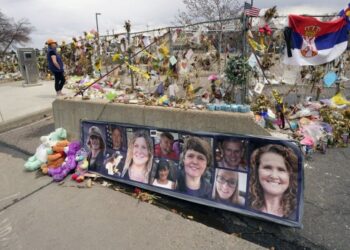 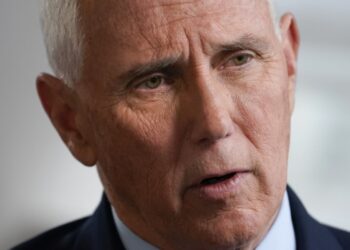 Pence: ‘Mistakes were made’ in classified records handling

‘She should be here’: Nova Scotia family says loved one died shortly after leaving busy ER

Another Nova Scotia family is speaking out about the death of a loved one following a lengthy wait at an...

Chelsea Handler ‘Didn’t Know’ She Was On Ozempic: My Doctor ‘Hands It Out’