Ontario Education Minister Stephen Lecce is set to make an announcement on Thursday afternoon as the days leading up to a potential education workers strike dwindle and new standardized test results reveal many students are failing math.

The bargaining committee for Ontario education workers said the “parties are too far apart” on Wednesday, signalling an impasse at the bargaining table with only two days of negotiations left and two weeks to go until the union is in a position to legally take job action.

Lecce said the government feels its proposal of a two per cent salary increase for education workers making less than $40,000 along with a 1.25 per cent bump for the rest of the workforce is “reasonable” and “fair.”

Meanwhile, the Canadian Union of Public Employees (CUPE) is pushing for a $3.25 per hour increase – or an annual increase of about 11.7 per cent – arguing that their salaries have been capped for three years as the cost of living rises.

However, Lecce has indicated that the government is prepared to do what is required to keep students in their classrooms.

“I have been clear and the premier has been clear. We will do whatever it takes to ensure children continue to learn,” Lecce told CP24 on Thursday. “The government will do whatever is required to ensure children remain in a safe, stable, positive environment, learning reading, writing and math and really helping to improve over the last two years.”

New data on the 2021-2022 Education Quality and Accountability Office (EQAO) results, released on Thursday, shows most Grade 6 students are failing to meet provincial math standards with only 47 per cent passing the test. That’s three per cent lower than the 2018-2019 results. 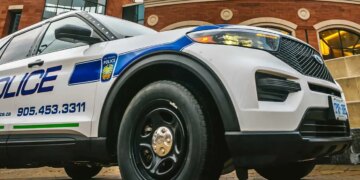 Police in Mississauga have released a few details about a man whom they believed stabbed another man late on Tuesday...