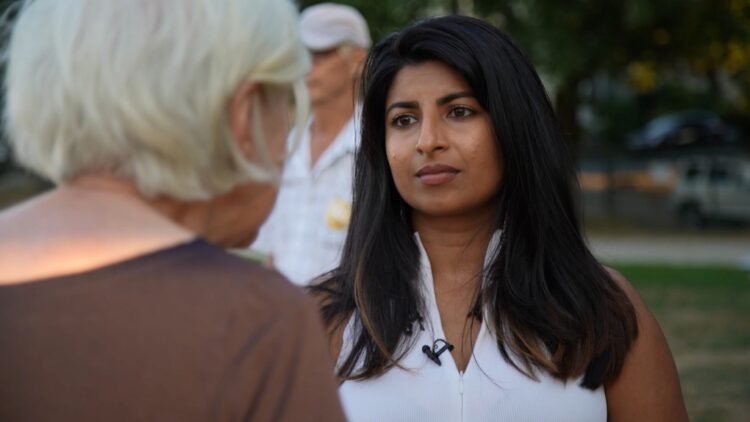 The B.C. NDP’s executive has voted to disqualify Anjali Appadurai from the party’s leadership race, clearing the way for her opponent David Eby to become premier.

The vote comes after a report from the NDP’s chief electoral officer Elizabeth Cull recommended disqualification over alleged breaches of the leadership contest’s rules.

“This has been a challenging period for members of the party, and I thank Elizabeth Cull, the party’s table officers and the executive for their dedication to their roles. I know they did not make this decision lightly,” NDP president Aaron Sumexheltza said in a statement Wednesday evening.

With Eby now unopposed, the party’s chief electoral officer is “considering moving up the election date,” Sumexheltza added. More information is expected to be shared Thursday.

An environmental activist, Appadurai joined the leadership contest after the majority of the NDP’s MLAs had endorsed Eby, widely seen as the front-runner to replace outgoing Premier John Horgan.

Her leadership campaign focused on energizing young people, who she argued had become disillusioned with the party over its lack of radical action on climate change.

Ahead of the vote, Appadurai said on Twitter that she believed this message had resonated with people and attracted a large number of new members to the party.

She also defended her campaign against allegations that its efforts to attract new members – including an alleged alliance with an environmental group and the wooing of former B.C. Green Party members – violated contest rules.

“I believe that my campaign has been treated unjustly from the start,” Appadurai said in her tweets.

“I also want to be clear that we have followed the rules, acted with integrity, and tried to make this a contest of ideas. It’s in all of our interests to allow the members to decide the next leader.”

With resignation, Liz Truss will be shortest-serving U.K. prime minister ever

When Windsor Spitfires general manager Bill Bowler learned that Shane Wright might be coming back to the Ontario Hockey League,...

Bank of Canada Kicks off 2023 with Another Interest Rates Increase