It was a hot topic back in 2015, and 2022 will likely produce similar contention as the City of Hamilton moves to implement a bus-only lane on King Street.

This time, though, the dedicated bus lane, located to the right of the five-lane King, will run between Queen and Dundurn streets.

Work is expected to begin Friday and will take three days to complete — weather permitting.

The new 800-metre-long bus-only lane will be marked with red paint, signage, and pavement markings at intersections and transit stops.

“The bus-only lane allows transit buses to safely pull over to pick up passengers efficiently and will serve as a protecting buffer between pedestrians using the sidewalk and live vehicle traffic,” according to an official city statement.

Vehicles can enter the bus-only lane when making a right-hand turn onto Strathcona Ave., Locke St., Pearl St., and Ray St; however, drivers will be fined for using the bus-only lane for general travel, stopping, or parking.

Between the lane reconfiguration work and the designated bus-only lane, the number of lanes for regular vehicles will be three, with a fourth lane for buses only. 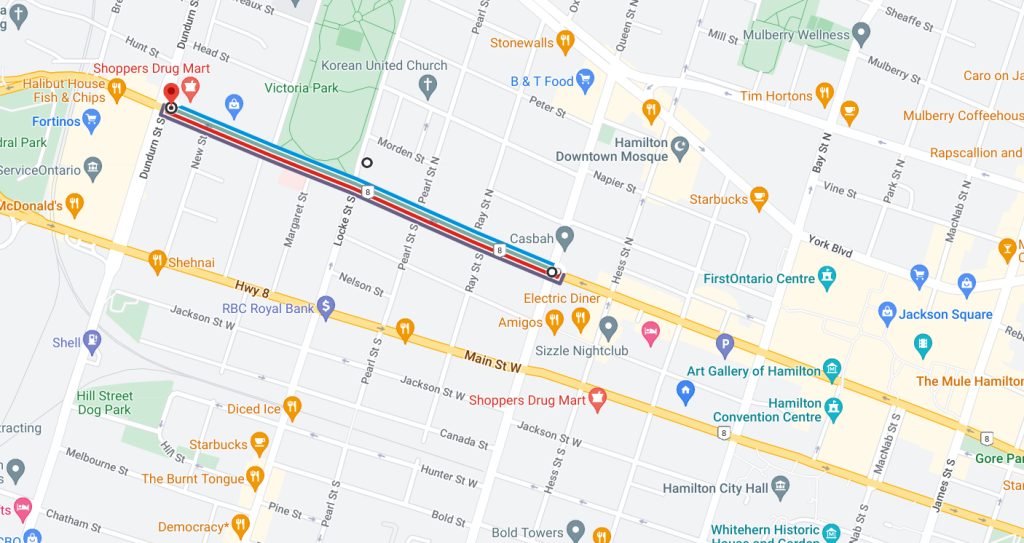 Two of Hamilton’s busiest streets — Main and King — have undergone transformations in the name of safety over the last few months due to the disproportionate number of accidents and pedestrian fatalities on the roads. Main is being converted from a one-way to a two-way street, and King will see dramatic changes over the next few years and beyond as Metrolinx constructs a 14-kilometre light rail transit (LRT) line. 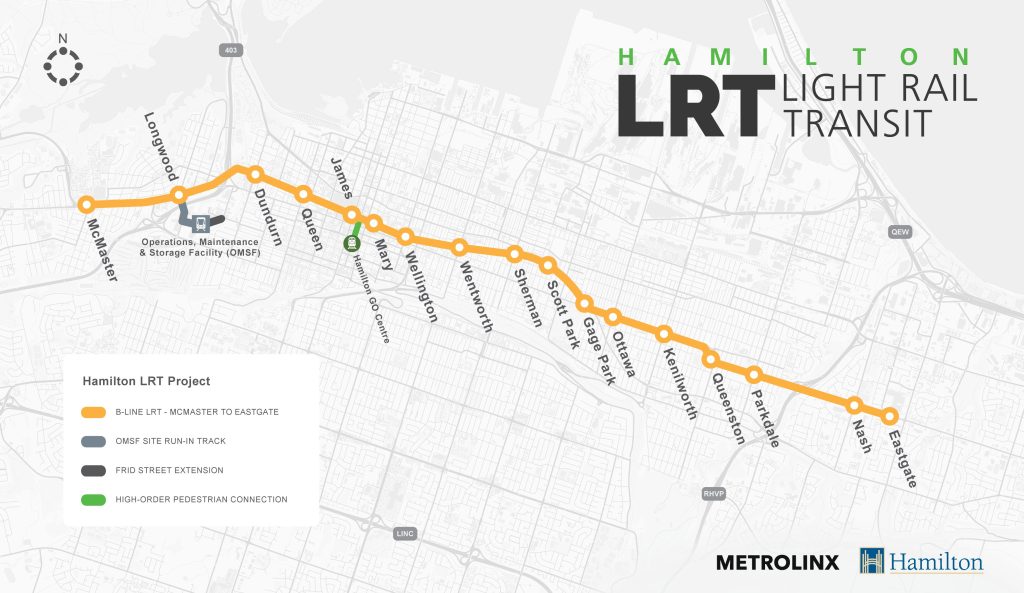 Hamilton city council passed a motion last May to convert Main. The city had just reached double-digit pedestrian deaths within a few months when Hamilton typically averages around four per year.

According to the council motion, the conversion of the four-lane Main “will enable safer use for all people who need to use the streets, including public transit riders, pedestrians, motorists, and cyclists.”

They were instructed to report back to council in “early 2023” with an implementation plan for the two-way conversion of Main that includes an assessment of costs, construction timing, and resource requirements.

The Hamilton one-year bus-lane pilot of 2015 was short-lived.

The two-kilometre-long experiment from Mary to Dundurn streets was meant to test the city’s LRT readiness, but it only tested drivers’ patience due to confusion and traffic congestion.

Even Hamilton Police Service bailed on the project, informing the public they would no longer be conducting enforcement.

At the end of the trial, city council voted 9-7 to deliver the axe, angering the crowd of more than 100 safety advocates in attendance inside council chambers.

For the most part, the project was supported by councillors in the lower city, while the others likely voted on behalf of angry constituents who use King as a commuter road.

An elementary school in Gold River, B.C., will reopen Thursday after it suddenly shut down Tuesday due to health concerns....