Police have charged a Brampton man with sexual assault near Guelph in what investigators say was not a random incident.

The County of Wellington OPP say officers were called to a residence on Fifth Line in West Garafraxa, some 25 kilometres west of Guelph, on Monday (Oct. 17).

Police say a person was sexually assaulted at the home by a 58-year-old man from Brampton, and that the accused is known to the victim.

The OPP have not disclosed the relationship between the victim and the accused, and have not released details about the victim.

Manjit Singh Hands, 58, of Brampton has been charged with sexual assault.

The accused is scheduled to appear in court in Guelph at a later date. None of the allegations have been proven in court.

Police are asking anyone with information on this incident to contact the Wellington County OPP at 1-888-310-1122.

You can also leave anonymous tips by calling CrimeStoppers at 1-800-222-8477 (TIPS) or submit a tip on-line at www.crimestoppersguelphwellington.com.

When you contact Crime Stoppers you stay anonymous, you never have to testify, and you could receive a cash reward of up to $2000 upon an arrest.

Hamilton gets $1.7 million from province in Q2 for hosting Flamboro casino

Hamilton gets $1.7 million from province in Q2 for hosting Flamboro casino 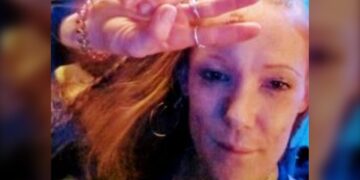 Police in B.C.’s capital are searching for a 34-year-old woman who has been missing for several days. Jennifer Lybbert was...